Detectives investigating the fatal stabbing of 16-year-old Drekwon Patterson have made five arrests.

The series of warrants followed an investigation by Specialist Crime officers in relation to Drekwon's murder.

Police were called to reports of a boy with stab injuries in Preston Road, Brent shortly after 23:30hrs on Thursday, 18 February.

The victim was later identified as 16-year-old Drekwon Patterson who was from the Wembley area.

Drekwon was treated at the scene before being taken to hospital. Despite the efforts of emergency services, he died shortly before 09:00hrs on Friday, 19 February.

Police enquiries continue to identify the remaining suspects and officers are asking anyone with further information to contact the police.

Detective Sergeant David Pearce, of the Met's Specialist Crime Command said: “The success of today's operation was the result of a collaboration between a variety of specialist Met units supported by local officers to detain five violent men.

“We are committed to ensuing that those responsible for this murder are identified, apprehended and placed before the courts.

“We are pursuing additional lines of enquiry and urge anyone with any information, however small, to get in touch."

Alternatively, information can be given anonymously to Crimestoppers on 0800 555 111 or visit crimestopper_uk.org

+ Any young people who have information about violence or knife crime, can visit www.fearless.org where they can pass on information anonymously – your I.P address will not be traced. Fearless is part of the Crimestoppers charity, and is also independent of the police.

Hard calls save lives. Are you close to someone on the fringes of knife crime? Do the right thing, please give information 100% anonymously through the independent charity Crimestoppers. It can feel like a hard call, but it could save the life of someone you love.

They never ask your name and they cannot trace your call, your IP address or the device you use. Fill in their quick online form or call 0800 555 111, it could save a life. 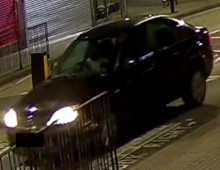 Murder of teenager in Brent 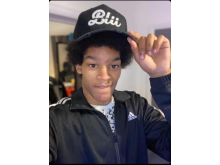