The victim of a ‘hit and run’ collision in Uxbridge has approved the release of moving footage that shows the moment of the impact that left him with life changing injuries.

Nahome Rezene, 23 (26.05.97) of Newcourt, Hillingdon was jailed for five years on Wednesday, 30 September for dangerous driving and failing to stop/report a collision.

On Tuesday, 26 November 2019 at around 2000hrs, officers on proactive patrols targeting burglars, indicated for a blue Mercedes in Uxbridge to stop. It failed to do so.

Those officers then began an authorised pursuit of the vehicle on Breakspear Road, Uxbridge and continued through to Harefield Road.

During the pursuit, the driver, Rezene, was recklessly travelling at speeds in excess of 80mph in 30mph zones and driving on the wrong side of the road.

The suspect’s vehicle continued on Harefield Road and upon reaching the junction at Uxbridge high street, failed to stop and hit the victim who was crossing at a zebra crossing.

The pursuing officers stopped their pursuit immediately and tended to the victim who had managed to move himself from onto the pavement. They provided first aid and looked after the victim until colleagues from London Ambulance Service (LAS) arrived.

Although the pursuit had ended, Rezene continued to drive recklessly and at considerable speed before he collided with another vehicle and a London bus, causing further injuries to two victims. Those victims were also taken to Hospital.


The collisions left the blue Mercedes Rezene was driving so badly damaged that he fled the scene on foot, dropping his coat. The coat was found by a police dog as part of the manhunt to locate Rezene.

Additional police officers arrived at scene of the crash and found heroin valued at £2,500 inside the Mercedes.

During a CCTV trawl of the incident the suspect was also seen to have thrown something out of the vehicle window during the pursuit. It was later established that he had thrown cocaine from the window, which was recovered by officers and valued at approximately £12,500.

An investigation was launched during which Rezene was identified via CCTV and was arrested on Thursday, 2 January at Hayes Police Station after he handed himself in at the front counter.

He was charged with the following five offences and remanded to prison to await trial:

Appearing at Isleworth Crown Court on Friday, 14 August, Rezene entered a guilty plea to causing serious injury by dangerous driving, two counts of possession of class A drugs with intent to supply and possession of a class B drug as well as other driving offences. He was sentenced on Wednesday, 30 September to five years imprisonment.

The victim, who was run over during the pursuit and left with life changing injuries, attended the sentencing and commented on how grateful he was to the police for pursuing this matter with such tenacity and professionalism.

PC Kevin McLean from West Area CID said, “This was a very complex and serious investigation, which my team and I were determined to solve.

“The CCTV footage of Rezene’s driving is horrendous and my heart goes out to the victim who suffered has life changing injuries.

“The overwhelming evidence that we gathered against Rezene and presented in court left him no option but to plead guilty. This spared the victim having to relive the incident at trial.

“Drugs supply is linked to violence in all its guises and we are steadfast in our determination to protect the public and make London safe for all our communities.” 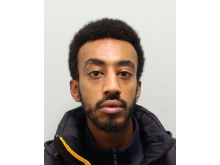 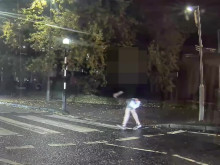