Four arrests were made in multi-agency operation targeting organised crime and exploitation of children through county lines offending.

On Wednesday, 19 May, officers from the Met’s East Area Command led a multi-agency operation that focused on the disruption of a suspected organised crime network operating in London and Lincolnshire.

The intelligence based police activity was the result of months of planning by Met officers from the East Area Drugs Focus Desk and their colleagues from the British Transport Police and Essex Police.

The operational activity included a raid at a commercial container yard in Purfleet, Essex, where more than 200 containers were opened and searched by officers resulting in the recovery of three stolen 'off-road' vehicles and a number of illegal substances, cash and firearms. The substances and two Section 5 firearms await testing.

A man [A] was arrested at the container yard on suspicion of possession of a Section 5 firearm.

A man [B] and a woman [C] were arrested at a residential address in Havering.

A man [D] was arrested at a different residential address in Havering.

Searches are expected to continue throughout the day.

Detective Sergeant Owen Morgan of the Met’s East Area Command Drug Focus Desk said: “There’s an undeniable link between drugs and violence and it’s crucial we continue to act on this. That’s why disrupting the supply of drugs continues to form a central part of our work to tackle violence on the streets.

“This operation will not only disrupt criminals using lock-up facilities to store their criminal property, but will also supply a wealth of information that, following this operation, will be fully investigated.

“Along with our partner agencies, we are working hard to safeguard children and vulnerable adults by targeting those at the top of the network, the individuals who don’t risk handling the drugs themselves, but coordinate the distribution through the exploitation of others.

“The sale of drugs can be devastating to the quality of life for communities, not least to the families of vulnerable youngsters who are recruited by criminals to supply the product face to face with users, often in other parts of the country without their family’s knowledge.

“To the general public, county lines if often seen as nothing more than drug dealing, but in reality it is so much more. It causes harm to generations of young people and their families and has a negative impact on the quality of life for those living alongside it.

“Initially, the recruits are tempted into crime by the promise of cash rewards and they often believe that their involvement with a successful drug supplier will increase their own social status. They couldn’t be more wrong. Once involved, they are often threatened with violence and can find themselves unable to escape the network without help.

“We will continue to work with our policing colleagues both regionally and nationally in order to disrupt and dismantle organised criminal networks.”

+ Do you have information about drug crime? If you have information that could help keep your community safe, but don’t want to speak to police, please contact the independent charity Crimestoppers on 0800 555 111. They do not ask your name and cannot trace your call or I.P address.

Hard calls save lives. Are you close to someone on the fringes of violence or drug crime? Do the right thing, please give information, 100 per cent anonymously, through the independent charity Crimestoppers.

No piece of information about violent crime is insignificant or too small. Any information you give to Crimestoppers can make a difference in reducing knife crime and the harm it causes to families. 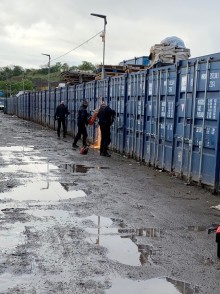 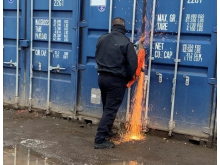 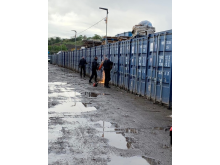 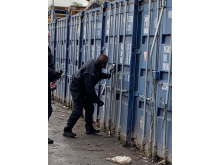 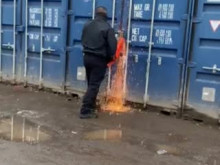