Four men have been jailed after being found guilty of conspiracy to murder following the shooting of a 30-year-old man in Northolt.

All four were found guilty at the Old Bailey on 18 May.

The incident happened on Wednesday, 6 March 2019, at around 23:00hrs, when it is believed two of the suspects knocked on a door at an address in Academy Gardens, Northolt after arriving at the venue in a stole Range Rover Evoque.

A woman opened the door into the hall of their flat and saw a face of a man who then said: ‘Hello darling’. This worried her due to the fact they were not expecting anyone and it was quite late so she walked back to the lounge.

Her boyfriend, a 30-year-old man, could also see two males standing in front of their door and as he walked towards it, the letter box went dark as if someone was covering it.

There was then a muzzle flash and the man was shot in the chest with a shotgun.

The victim’s girlfriend immediately called for an ambulance and the suspects fled.

Upon arrival, it was reported to officers that a Range Rover had driven off at a high speed from the address.

The victim was taken to hospital where his injuries were found to be non-life threatening.

That same night, officers who were conducting patrols as part of an operation to tackle moped crime came across the Range Rover which was driving erratically.

The officers started a pursuit in which the driver of the vehicle failed to stop and continued to drive dangerously, reaching speeds in excess of the speed limit. The pursuit eventually came to an end and the driver, De’Silva and the passenger Itani were arrested for driving offences and taken to separate police stations.

De’Silva was wearing a balaclava and Itani was wearing body armour under his top and found to be carrying a large knife sheath.

During searches of the car, officers found two large knives in the footwell of the passenger seat.

Searches were carried out at both their respective home addresses and several items were seized at each address including mobile phones, knives and a machete.

Enquiries into the movements of the Range Rover showed the car driving towards the scene of the shooting, only a few hundred meters from the address at 22:51hrs and then driving away from the scene after the shooting at 23:08hrs.

During his interview, Itani stated he was not present when the shooting happened and that he was picked up in the car at Elsham Road by De’Silva. He said he realised it was stolen and so put some gloves on to avoid any forensic evidence being left behind.

De’Silva stated in his interview that whilst he was walking alone in West Kensington, he witnessed two people suddenly stop and get out of a Range Rover. He decided to get in and picked up Itani from the same road mentioned in Itani’s statement.

Analysis of a phone recovered from the stolen car linked Areguy to the conspiracy. He helped the group carry out a recce of the address shortly before the shooting on the same evening.

Following a forensic analysis of the stolen car, Ibrahim’s fingerprints were discovered inside the vehicle. He was then linked to the offence through telephone data analysis showing he was in contact with those involved. 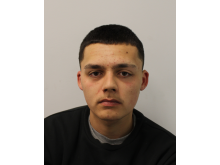 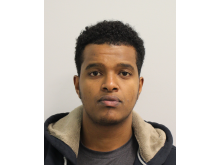 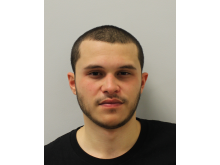 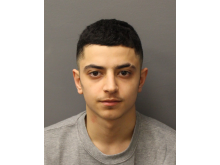