A mother who attempted to conceal firearms and drugs from police by hiding them in a park is one of four people jailed for a total of more than 40 years following an intelligence-led investigation by specialist officers.

Tracey Cook, 59, of Greenhaven Drive, Greenwich, was found guilty of three counts of possession of a firearm, possession of ammunition and possession of Class A drugs (cocaine) at Croydon Crown Court on Friday, 13 November following a trial.

Her co-defendant, Kevin Whelan, 45, of Strodes Close, Medway, was found guilty of conspiracy to supply a Class A drug (cocaine) and possession of criminal property.

Dean Osmon, 38, of Ruxley Close, Bexley, pleaded guilty to possession of a Class A drug (cocaine) with intent to supply at an earlier court hearing.

They were all sentenced at the same court on Tuesday, 17 November to the following:

The court heard that Tony Cook and Osmon were criminal associates. Detectives from the Met’s Specialist Crime Command started surveillance on the men after intelligence suggested they were supplying cocaine.

On 8 October 2019, officers observed an exchange of drugs between Whelan and Osmon.

Osmon was detained after he was observed getting out of Whelan’s car with a black holdall found to contain four individually wrapped 1kg blocks of cocaine, with an estimated street value of £320,000 to £400,000.

Whelan ran from the scene but was quickly detained by officers from the Met’s Spider Unit after a prolonged foot chase. During this period, Tony Cook was also observed close by overseeing the exchange.

Osmon and Whelan were arrested and taken to a south London police station.

Minutes after the police intervention, Tony Cook’s mother, Tracey Cook, was seen leaving her house near to the scene with two rucksacks, which she disposed of in a nearby park area.

The area was searched by officers and the two rucksacks were recovered. One rucksack contained 447 wraps of cocaine, valued at £22,350. The other rucksack contained a revolver, a sawn-off shotgun, a loaded Inglis Browning 9mm automatic pistol and a large quantity of ammunition.

Both Tony and Tracey Cook were then arrested by officers.

Tony Cook, Osmon and Whelan were all found in possession of iPhone 6s upon arrest. These contained Dutch SIM cards and used an encrypted messaging application. Later analysis revealed they had all been remotely re-set to the factory settings, at the same time.

A search of Whelan’s house identified £19,720 in cash in his loft, which he later claimed was from the sale of a boat and earnings as a painter and decorator.

All four defendants were charged on Thursday, 10 October.

Detective Inspector Nikki Owen, from Syndicate 13 Specialist Crime South, said: “This job is yet another example of the undeniable link between drugs and violence - the fact that Tony Cook was in possession of three firearms, one of them loaded, shows the violent, and potentially lethal, lengths he was willing to go to. Thankfully the rucksacks hidden in the park ended up in the hands of the police or this could have had a very different ending.

“Tackling violent crime remains a top priority for the Met. Removing drugs and firearms off the streets saves lives and the Specialist Crime Command continues to work hard to bring offenders to justice and safeguard the public.

“Working together with communities is vital in tackling violent crime and I urge anyone with information to contact the police or call Crimestoppers anonymously on 0800 555 111.”

The trial judge, His Honour Judge Gower, commended the officer in the case DC Sarah Orange for the manner in which the investigation was conducted and presented at court.

Upon sentencing Tony Cook, HHJ Gower, said: “I take the view that Mr Cook played a leading role. He was directing or organising the sale of drugs on a commercial scale and doing so, I have no doubt, in the expectation of substantial financial gain.

“I sentence him namely as a custodian of the weapon which, while it was in his possession, was never taken out of the rucksack for used in any form of criminality. He does however accept, as is in any event implicit in his plea, that he intended, at some future unspecified date, if and when the occasion arose, that another would use the gun to endanger life.

“He has to serve his sentence in the knowledge that he is the one who has, as he put it in his letter to me, ‘landed his mother in prison’.”

Upon sentencing Tracey Cook, HHJ Gower, said: “It is clear from the jury’s verdicts, given the way in which I directed them, that they took the view that she had a reasonable opportunity to find out what was in [the rucksacks].

“It would have taken but a moment. She could have done so before taking them out of the house and at any stage thereafter before she left them in the park. I have absolutely no doubt that she knew they contained something illicit and that, by doing what she was asked to do, she was helping to prevent their contents falling into the hands of the police.” 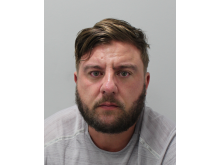 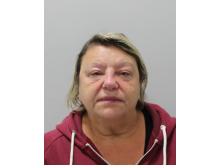 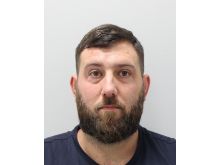 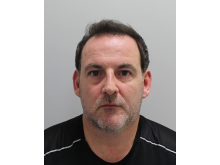 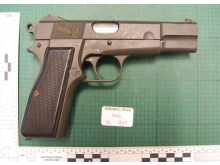 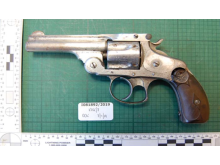 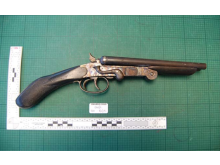 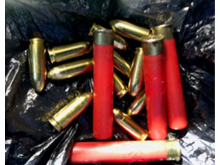 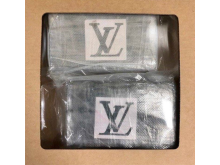 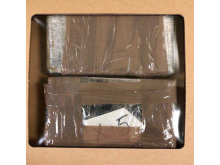 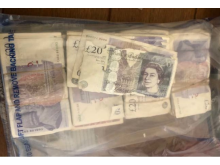