Four men who committed a series of robberies in Hyde Park last winter have been jailed.

Mark Marques, 19 (07.07.00) of Ladbroke Grove, W10 was sentenced to eight year’s detention in a young offenders’ institute at Southwark Crown Court on Tuesday, 17 December after pleading guilty to six counts of robbery.

Samir Laasid, 20 (20.10.99) of Holland Road, W14 was sentence to a total of eight-and-a-half years’ detention after pleading guilty to six counts of robbery.

Mohammed Yamout, 20 (21.08.99) of Shrewsbury Street, W10 was sentenced to a total of nine years’ detention after pleading guilty to seven counts of robbery.

Mohammed A-Habib, 20 (19.01.99) of Maxwell Road, SW6 was sentenced to a total of 12 years’ detention after being found guilty of five counts of robbery.

The robberies were committed in November 2017 and January 2018.

In each case, the male victims were approached within the footprint of Hyde Park by a number of suspects, threatened with a knife and ordered to hand over belongings and valuables - rucksacks, mobile phones, cash and bank cards.

On several occasions, the victim was also assaulted by members of the group. Three were stabbed – their injuries were not life-threatening.

The offences were linked, and investigated by Westminster CID. Two victims who were robbed on 14 November 2018 assisted officers in searching the area shortly after the robberies and locating the suspects. CCTV enquiries identified the defendants as withdrawing cash using victims’ cards, buying fast food, and entering a nearby tube station.

The four defendants were arrested on Thursday, 24 January.

Detective Constable Lauren Jacklin, who led the investigation, said: “These four young men carried out a spate of terrifying knifepoint robberies on members of the public, and clearly thought nothing of carrying knives and threatening and using violence to obtain valuables. At no point have they shown remorse for their actions.

“They thought they could just deny what they had done and not face the consequences, but officers built a solid case against them and a jury were convinced of their guilty.

“Across London, the Met is dedicating significant resource to tackling robbery offending. In Westminster, there are dedicated teams patrolling hotspot areas and every day we are arresting offenders and making the capital a safer place.” 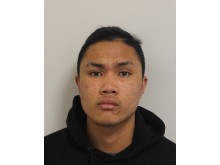 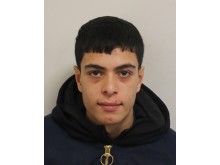 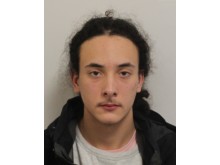 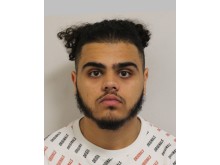