Three men, one woman and a teenager pleaded guilty to knife offences after an investigation into weapons being sold on social media, led by the Met’s Violent Crime Taskforce.

Omar Truman, 27, (15.03.94), of Abbey Orchard Street, Westminster, pleaded guilty to possession of 58 pointed/bladed articles on Monday, 13 September at Snaresbrook Crown Court where he was sentenced to 19 months’ imprisonment.

Fred Truman, 61, (23.12.59), of Abbey Orchard Street, Westminster, pleaded guilty to possession of 58 pointed/bladed articles on Monday, 13 September at Snaresbrook Crown Court where he was sentenced to 14 months’ imprisonment.

A 17-year-old male, from Newham, pleaded guilty to the unlawful marketing of knives on Wednesday, 1 September at Snaresbrook Crown Court. He was bailed to return to Stratford Youth Court and awaits a date for sentencing.

The following individuals previously pleaded guilty as part of the same investigation on Monday, 24 May at Snaresbrook Crown Court and were sentenced the same day as follows:

Jordan Lovett, 23, (13.05.98) of Grange Road, Newham, pleaded guilty to the unlawful marketing of knives and possession of criminal property (£585 cash). He was sentenced to 15 months’ imprisonment for these offences, to run concurrently.

Loishana McKenzie, 24, (04.05.97), of Grange Road, Newham, pleaded guilty to the unlawful marketing of knives. She received a nine month suspended sentence; an 80 hour unpaid work requirement; and a rehabilitation activity requirement of 30 days.

The court heard that police became aware of a variety of weapons including machetes, zombie knives and lock-knives, being advertised for sale on a Snapchat account.

Upon receiving this intelligence, the Violent Crime Taskforce deployed to Lovett’s address on Grange Road, E13, at around 14:50hrs on Monday, 8 February. There they saw Fred and Omar Truman, father and son, approach the address with a supermarket bag which was then handed to Lovett. Lovett went back inside the address, and shortly afterwards came back out with McKenzie and the 17-year-old male [C] – all three of them carrying a large bag each. These bags were handed over to the Trumans.

Following the exchange, officers carried out stop and searches on the Trumans who were in possession of the three bags which contained 58 knives, including machetes, combat and lock knives. Both men were arrested.

Officers then immediately executed a Section 8 search warrant at the address on Grange Road, E13.

Inside the property, officers found a further 70 knives as well as empty knife packaging and shipment boxes, all addressed to Lovett. Some of the weapons seized from the Trumans were identical to those seized from inside the address. In total, 128 deadly weapons were recovered from the stop and search and subsequent search warrant.

Lovett, McKenzie and the 17-year-old male [C] were arrested at the address.

Evidence of weapons being marketed on three separate Snapchat accounts were found on the mobile phones of Lovett, McKenzie, and the 17-year-old male [C].

Detective Inspector Jason Colby, of the Violent Crime Taskforce’s Investigations Team, said: “Due to their own greed and callousness, these individuals completely ignored the fact they could be facilitating violent attacks and bloodshed by selling these deadly weapons.

“I have absolutely no doubt that these weapons were intended for London’s streets and would’ve ended up in the wrong hands, including young children. I am confident that we have prevented further incidents and saved lives by seizing these horrifying knives.

“This investigation is part of wider activity across the Met to relentlessly target offenders selling weapons irresponsibly and illegally, and we will continue using all the powers available to us to bring those responsible to justice.”

+ If you have any information about knife crime, please contact police or the independent charity Crimestopperson 0800 555 111 – your anonymity is guaranteed. They are a totally independent of police and you remain 100 per cent anonymous, they never ask your name and they cannot trace your call, your IP address or device you use.

No detail you might have is too small - every bit of information helps towards the fight against violence in London. 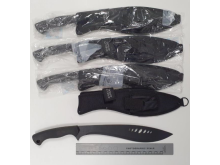 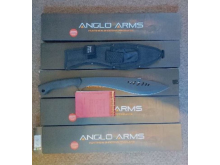 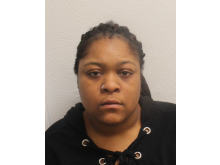 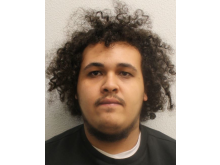 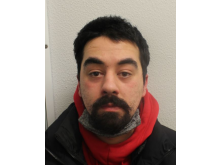 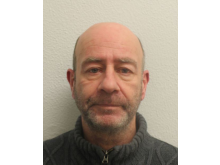