More than 240 knives and weapons have been taken off the streets and 44 referrals made to diversion schemes in a Met-wide crack down on knife crime.

Operation Sceptre, the national intensification to tackle knife crime, saw officers from across the whole of the Metropolitan Police Service ramp up activity to drive down violent crime and the carrying of knives across London.

Weapons sweeps, patrols and early-morning raids were just some of the tactics used by officers in the push to recover dangerous weapons, target high harm offenders and detect criminality.

The Met also teamed up with colleagues from the British Transport Police and deployed knife arches and drug detection dogs to deter and apprehend offenders in and around transport hubs.

In efforts to dismantle drug-supply, which is unquestionably a driver of wider violent crime, officers used Automatic Number Plate Recognition technology to target individuals carrying and supplying drugs on the roads.

In total the operation, which ran from Monday, 9 November to Sunday, 15 November, resulted in:

Alongside enforcement, there was a strong focus on education, diversion and prevention. The Met recognises that early intervention to steer young people away from knife crime and putting in place measures to tackle the root causes remains vital. During Operation Sceptre there was:

- 44 adults and children referred to intervention programmes. They all received information, advice and guidance and had action plans put in place
- Delivered knife crime presentations in schools
- Engaged with local businesses and shops that were deemed essential to be open

Officers from across the organisation were involved in the operation, including local officers across all London boroughs and Violence Suppression Units combined with specialist teams such as the Violent Crime Taskforce; Operation Venice and Roads and Transport Policing.

Commander Jane Connors, the Met’s Violence Lead, said: “The results we have seen from just one week alone are staggering, and clearly shows our officers are relentlessly doing all they can to reduce knife crime and violence in the capital.

“The proactivity and range of tactics used has meant that 187 knives have been removed from the streets – the stark reality is that these could have been used to seriously injure or kill someone’s son or daughter.

“Although Operation Sceptre has drawn to a close, please be assured that this activity will continue into the winter months and we will not take our foot off the gas.

“We see the devastating impact that losing a family member; friend; or colleague, to knife crime has – which is why maintaining our focus on violence remains our top priority.”

If you have any information about knife crime, please contact police or Crimestoppers on 0800 555 111 – your anonymity is guaranteed. They are a totally independent charity and you remain 100 per cent anonymous, they never ask your name and they cannot trace your call, your IP address or device you use. Alternatively, visit their website https://crimestoppers-uk.org/.

It can feel like a hard call, but it could save a life. 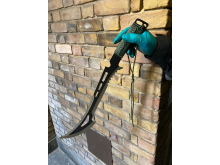 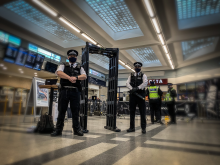 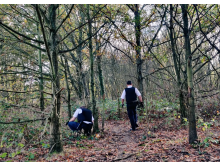 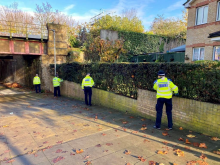 Officers during a weapons...