Police investigating an assault in Havering have released images of a man and a woman they want to speak to in connection with the incident.

At approximately 21:30hrs on Monday, 25 May a man and a woman attended a residential address near Roneo Corner, Havering and tried to enter the premises.

The woman was armed with a baseball bat and in an attempt to get into the block she began to smash the glass door with the bat.

The victim went outside to see what was happening and asked the pair to leave, as the person they said they were looking for did not live there.

The man and woman then became aggressive and began to attack him.

The victim – who did not know his attackers - sustained minor injuries to the upper body.

Police have recovered images of the pair and are now appealing for the public to help identify the man and the woman in connection with this incident.

PC Mark McNulty of the East Area BCU, who is investigating, said: “I am very keen to speak to anyone who can provide information concerning the identity of the man and the woman shown in the images.

“I would urge anyone that can name the two individuals to contact the police immediately.”

Anyone with information should call police on 101, email, or Tweet @MetCC quoting reference CAD 9524/25MAY20. 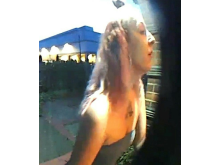 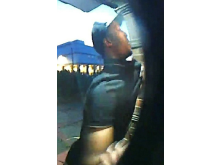