Police investigating a racially aggravated assault in Oxford Street have arrested two men but are continuing to appeal for the public's help in identifying two males in connection with the incident.

Officers were called at around 21:15hrs to Oxford Street, near Tottenham Court Road station on Monday, 24 February to reports of a man being assaulted.

The 23-year-old victim was punched, kicked, and sustained facial injuries.

Detective Sergeant Emma Kirby, the officer in the case, said: “This attack left the victim shaken and hurt. There’s no room on our streets for this kind of violent behaviour and we are committed to finding the perpetrators.

“I am keen to speak to anyone who has information about this assault. I would like to identify and speak to the males pictured who may be able to help me with our enquiries.”

Alternatively, if you wish to remain anonymous you can contact independent charity Crimestoppers on 0800 555 111 or visit crimestoppers-uk.org 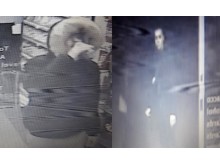