Police are appealing for the public’s assistance to help identify a group of males following an assault in Ilford.

As part of the appeal, officers are releasing CCTV stills of two of the four males believed to have carried out the attack.

The incident happened at approximately 14:45hrs on Thursday, 1 October in Richmond Road, Ilford. The victim – a 16-year-old male – was attacked by four males who jumped out of blue VW Passat car. One of the suspects was armed with a knife and stabbed him in the arm.

They then fled the scene in the car.

Officers and London Ambulance Service attended and the teenager was taken to hospital for treatment before being discharged.

“This was a brazen attack carried out in broad daylight in the middle of a busy street. Those involved are clearly dangerous individuals who need to be apprehended. I would ask anyone who recognises the two males in the images, or who has information that could identify the others involved to contact police immediately.”

Anyone with information is asked to contact police on 101 or tweet @MetCC and quote CAD3895/1Oct. Alternatively, call the independent charity Crimestoppers anonymously on 0800 555 111. 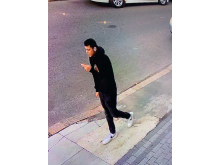 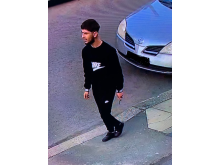 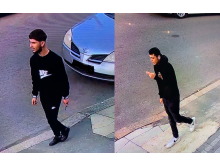