Detectives from the Met’s South West Investigations team are appealing for the public’s help to identify three men in connection with two incidents of burglary - one aggravated and one attempted - in south west London which are believed to be linked.

As part of this appeal, images of two of the men are being issued.

The first incident occurred on Wednesday, 6 January at around 18:15hrs. It was reported that three males knocked on the door of a residence on West Hill, SW15 claiming to be police officers executing a warrant. Upon entering the address, the men handcuffed the occupant and stole cash before leaving the victim in handcuffs.

The second incident took place on Friday, 8 January at around 10:00hrs. Two male suspects dressed in black with baseball caps and masks attempted to force entry into a property on Ennerdale Road, Richmond. The men were disturbed by neighbours and when questioned, claimed to be police officers. After failing to gain entry into the property, the men walked away in the direction of Kew Village.

Detective Constable Arron Hadaway, investigating the incidents, said: “We are currently treating these incidents as linked and are keen to hear from anyone who has information concerning the identity of the suspects, or who may have witnessed any part of these incidents, but has not yet come forward.

“If you think you may have been approached by these suspects claiming to be officers, or if you have any information which may help with our enquiries, please don’t hesitate to get in touch.”

Anyone with information should call police on 101 or Tweet @MetCC quoting Cad 5618/6JAN.

+ How to verify a police officer, in order to help protect yourself from criminals.

In the event a police officer needs to speak with you, if they are not in uniform they will identify themselves clearly by showing you their warrant card. This is proof of their identity and authority. If you want to verify their identity, you can ask for their warrant number and then phone 101 to check they are who they claim to be. A genuine warrant card will have a hologram and the signature of the Commissioner - not the holder. 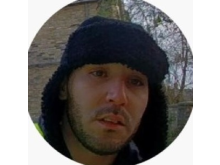 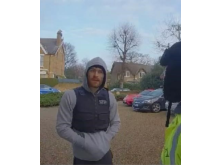 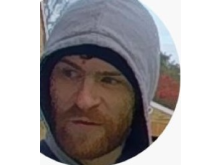