Detectives have released images of two men they hope may be able to assist as witnesses in an ongoing investigation into inappropriate contact with a child in a public place.

Officers believe the two men might have information that could help progress their enquiries into the incident, which allegedly took place in the toilet area of a McDonald's in Euston Road, King's Cross NW1.

After a visit to the restaurant at around 20:00hrs on Wednesday 25 April, 2018, a six-year-old boy told his mother that a man had sexually touched him while they were both inside the male lavatory there.

Following exploration of a number of avenues since enquiries began and a recent review of the case, officers have identified some new lines of enquiry, including the images taken from CCTV being released today [Thursday 11 November].

DC Brian Simmonds, from the Central North Command Unit's public protection team, said: “These two men, who we do not believe are known to each other, both happened to be in the same area of the McDonalds as the child at the relevant time, but we have not been able to trace them to date. We would be very grateful if they would come forward and contact us.

“I would stress again that they are not in any way suspects – we believe they might have some important information that could help us in this case.” 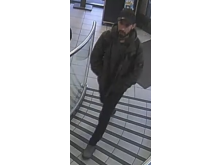 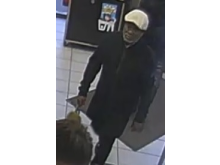