More than 240 children and vulnerable adults, exploited into drug trafficking, have been safeguarded by the Met in a crackdown on county lines.

The Met took part in the latest national county lines intensification week, which ran from Monday, 17 to Sunday, 23 May.

Hundreds of officers from units and boroughs across the Met came together to target county lines gangs and safeguard the children and vulnerable adults they exploit.

The Met collaborated with multiple forces across the country resulting in:

The following was also seized throughout operations:

- 8kg (2,887 wraps) of Class A drugs;
- More than 11kg of Class B drugs including 199 cannabis plants;
- Four firearms, two imitation firearms, ammunition and a CS spray;
- 17 knives and one axe;
- 27 drug lines run from London to counties. This includes removing the mobile phone and the line holder to shut it down;
- £126,000 in cash;
- Criminal assets including designer clothing, £80,000 of watches and a number of vehicles.

Officers also made 13 referrals to the National Referral Mechanism (NRM), which assesses individuals as potential victims of human trafficking/modern slavery.

County lines is the name given to drug dealing where criminals use phone lines to move and supply drugs, usually from cities into smaller towns and rural areas across the whole country.

The gangs exploit vulnerable people, including children and those with mental health or addiction issues, by recruiting them to distribute the drugs. They are controlled by being threatened with high levels of violence and intimidation.

County lines gangs also exploit vulnerable adults by using their home as a base to deal drugs, which is known as cuckooing. The gangs often target people who are lonely, isolated or have addiction issues and offer them free drugs or to pay for their food and utilities in exchange for use of the address.

The Met is doing more than ever before to safeguard those exploited by county lines, including an increased use of modern slavery legislation to charge those at the top of the county lines chain.

The Met is also providing officers with more training to spot the signs of exploitation and it is also working with partners including The Children’s Society as part of an increased focus on safeguarding.

County lines is tackled by teams locally across the Met and by a central, specialist team funded by the Home Office called Operation Orochi.

Since November 2019 to the end of April 2021, Op Orochi and teams across the Met have closed 406 lines, arrested 793 county lines lineholders and had 1,368 charges authorised for a range of offences including drug supply, modern slavery and weapon possession.

Op Orochi began the new tactic of targeting the lineholders, who are the individuals controlling the line. They rarely leave London and avoid the risk of handling commodities, but coordinate the distribution of drugs through the exploitation of children and vulnerable adults. The team works hand in glove with officers from the importing forces, with an officer in the case assigned at each end.

Deputy Assistant Commissioner Graham McNulty, said: “I am incredibly proud of the results of this intensification week, achieved by the Met’s dedicated, hardworking officers. We have taken dozens of organised, violent criminals off the streets of London and closed almost 30 county lines. However, most important to me is the fact we have protected 249 children and vulnerable adults who were exploited by these gangs.

“I’d like to offer my sincere thanks to the hundreds of officers involved in making the week a resounding success. Results like this do not just happen overnight, they are down to months and months of meticulous planning and hard work by officers in every borough in London.

“I’d like to make it clear that this week was an intensification of the excellent work that is going on 24/7, 365 days a year across the Met to tackle county lines. We will not be taking our foot off the gas and will continue to target those bringing misery to communities.

“The majority of the public may believe county lines does not have a wider impact on the communities of London, but the consequences of this type of criminality should not be underestimated.

“We see a significant amount of violence, often chaotic violence involving young people, linked to county lines. That’s why disrupting the supply of drugs through all routes continues to form a central part of our work to tackle violence on the streets of London.

“We need you to help us keep our communities safe and I would implore you to contact us, or the independent charities Crimestoppers or Fearless anonymously, with any information you have regarding drug dealing, exploitation, or violent crime in your area. We all have a responsibility to make London a safe place for everyone.”

National charity The Children’s Society works with partners including specialist teams in the Met to develop plans to disrupt exploitation and protect vulnerable children.

Kelly Lewington, the charity’s London Area Manager, said: “Criminals groom children into county lines with offers of cash, friendship, status, drugs and alcohol, then threaten them with horrific violence if they dare report this.

“By identifying signs of exploitation, police officers can play their part not only in building evidence against those who cynically exploit children but also in helping to ensure these young people get the help they desperately need.

“These children may have been manipulated, abused and traumatised by those exploiting them, which can lead to them appearing angry and aggressive and not necessarily behaving in the way people might expect of victims.

“We have delivered training to Met officers and custody staff to support them to look beyond the obvious in recognising and responding to exploitation - including as part of our Look Closer campaign during this week of action.

“Look Closer calls on all members of the public, as well as parents and professionals, to look out for and report signs of exploitation to the police.”

If you are concerned about drug-related crime in your area or think someone may be a victim of drug exploitation, please call us on 101. Always call 999 in an emergency.

If you would like to provide information anonymously, call the independent charity Crimestoppers on 0800 555 111. Young people can give information 100% anonymously by contacting the charity Fearless.

No personal details are taken, information cannot be traced or recorded and you will not go to court or have to speak to police when contacting Crimestoppers or Fearless.

For more information on county lines and how to prevent yourself or a loved one from becoming a victim, visit or website.

For more information about The Children Society’s Look Closer campaign visit their website. 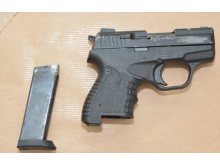 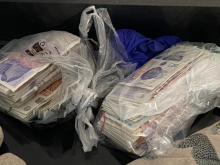