A legal representative who exchanged hundreds of calls and messages with a prisoner who was using mobile phones smuggled into jail has been sentenced.

He had admitted two counts of “causing the transmission of an image / sound from a prison without authority” (contrary to Section 40D of the Prison Act 1952) at an earlier hearing.

The prisoner - Jonathan Gomez, 36 (26.06.1984), currently in HMP Wormwood Scrubs - was sentenced to an additional nine months after admitting two counts of transmitting an image/sound from a prison without authority.

The court heard that McClean, an accredited police station representative and legal consultant, had represented Gomez when he was on trial for firearm offences and ultimately convicted and sentenced to 12 years’ imprisonment at Harrow Crown Court in January 2018.

During that trial, Gomez was searched by a court security guard and a mobile phone was found. An investigation uncovered a total of seven mobile phones used by Gomez, all of which were found to have been used to communicate with McClean.

Analysis of the phone revealed that Between September 2016 and August 2017 approximately 544 phone calls, text messages and missed calls between Gomez’s numbers and McClean’s number were identified, with a total call time in excess of 16 hours.

This included over 27 minutes of calls during a three-day period when Gomez was giving evidence during his trial; it is not permitted for a defendant to speak with his legal team while testifying.

Acting Detective Inspector Nick Harvey of Specialist Crime North, who led the investigation, said: “The use of mobile phones in prisons poses a security risk, both within prison and to victims and witnesses of crime. This is why they are strictly prohibited.

“McClean, as a legal professional, undoubtedly knew his actions were illegal and unethical, but the phone evidence showed prolonged contact with a convicted criminal he knew was using phones smuggled into prison.

“He had a professional duty to report this illegal activity, but instead he maintained the contact over a 12-month period. He now has a criminal record and will spend time in jail for his actions.” 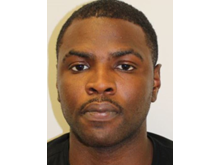