The Met is appealing for the public’s help in tracing the most wanted high harm offenders.

A number of individuals are wanted for a range of violent offences such as firearms, grievous bodily harm (GBH), recall to prison, robbery and drugs offences,

This activity to target high harm offenders is part of the annual Autumn Nights campaign to bear down on violence now the evenings are darker.

The suspects are classed as ‘high harm’ as they are either wanted in connection with violent offences such as, robbery and GBH, and they are known to have a violent background.

Detective Inspector Dean Purvis, of the Violent Crime Taskforce, said: “We are relentlessly pursuing violent offenders and bringing them to justice so that we can keep our city safe, but we need the help of the public as well. Somebody, somewhere knows something about these offenders and I urge you to pass any information to us as soon as possible.

“These individuals have caused harm and unrest in our communities and it is our priority to arrest them to prevent them from causing further destruction.

“We have already arrested more than 850 high harm offenders as part of our continued drive to tackle violent crime and we will not stop. We are dedicated in taking the most dangerous people off the streets and will keep Londoners safe.

“I hope the public can assist in apprehending these dangerous people; if you see them please call us right away on 101 or 999 if it’s an emergency. If you don’t want to speak to police, you can call the independent charity Crimestoppers 100% anonymously on 0800 555 111.

“Similarly, if your see your photo here, do the right thing and deal with your actions so you can move forward, and hand yourself in to your nearest police station. We are searching for you day and night and will find you eventually.”

Communities also have a vital role to play in tackling violent crime and we urge anyone who may have information to tell us, so that we can tackle violence together. We need information about crime or those who carry a weapon, or those that exploit people for gain or revenge, while putting young people’s lives at risk. Community intelligence can be used to great effect to not only detect, but also prevent crime, keep London safe and save young lives.

If you don’t want to speak to the police, contact Crimestoppers on 0800 555 111. They are a totally independent charity and you remain 100 per cent anonymous, they never ask your name and they cannot trace your call, your IP address or device you use. Alternatively, visit their website.

So far three of the wanted individuals have been arrested, the remaining we are still appealing to trace are below.

- Jordan King is wanted in connection with a stabbing that took place on 10 August on Zenith Close, NW9. He is 25 years old, described as white, with blue eyes and dark blond hair. He is known to frequent in the N15 area.

- Alan Kozhir, is wanted in connection with a robbery in South Hampstead on 1 October. He is 20 years old and described as Asian, with dark eyes and dark hair. He has links to the NW9 area.

- Mark Toth is wanted on recall to prison and for a violent robbery that took place on Ashburnham Road SW10 on 13 November 2019. He is 35 years old, described as white with dark eyes and dark hair, he also has patchy facial hair.

- Robert Jones is wanted for a GBH offence where a man was stabbed on Shalfleet Drive, W10 on 25 January. He is 36 years old and described as white with tanned skin, large ears, brown hair and eyes with a long head.

- Fabian Castillo-Belaqa is wanted on warrant for GBH where a man was stabbed in Chelsea in November 2018. He is 22 years old and described as white with dark eyes and almost black hair. He is known to frequent the Clapham and Battersea areas.

- Mark Maloney is wanted on recall to prison and for a moped-enabled jewellery robbery that took place on Duke Street, W1 on 28 May 2019. He is 23 years old and described as white, of medium build with dark blond hair.

- Samir Drias is wanted for a robbery and stabbing that happened on 9 June 2019 on Curzon Street in Westminster. He is 29 years old and described as Middle Eastern, of a large build, with dark eyes, dark hair and a beard. He has links to the Camden area. 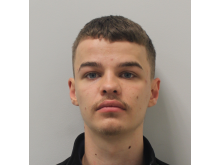 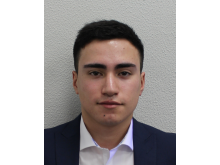 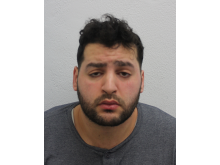 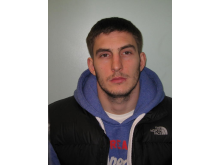 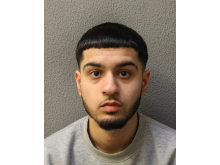 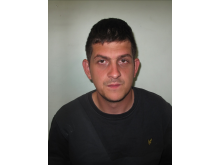 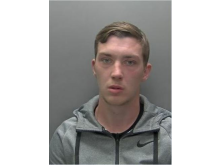