Detectives investigating the fatal stabbing of Jason Nyarko in South Bermondsey have charged a 16-year-old male with his murder.

Police were called at around 23:45hrs on Saturday, 26 June, to reports of a man stabbed inside an industrial unit in Stockholm Road, SE16.

An unlicensed music event had been taking place at the location.

Officers attended along with London Ambulance Service. They found 26-year-old Jason with stab wounds and despite the efforts of emergency services, he was pronounced dead at the scene.

His family are being supported by specialist officers.

A 16-year-old male was arrested in the early hours of Sunday morning in connection with the incident. On the evening of Tuesday, 29 June, he was charged with Jason’s murder.

He appeared in custody at Wimbledon Magistrates’ Court on Wednesday, 30 June and was remanded to appear at the Old Bailey on Friday, 2 July.

Detectives continue to appeal for anyone who was at the event where Jason was attacked to come forward. They are particularly appealing for anyone who filmed videos or took photos to share them using the dedicated online form.

Information can also be provided to the independent charity Crimestoppers, anonymously, by calling 0800 555 111. 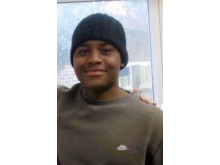