A man has appeared in court charged with the murder of Michael Fadayomi in Willesden earlier this week.

Police were called to High Road, NW10 at 17:11hrs on Thursday, 29 April following reports that a man had been stabbed.

Despite the best efforts of the emergency services, he was pronounced dead at the scene a short time later.

A post-mortem examination has since found that the cause of his death was incised wounds to the neck.

On Saturday, 1 May, he appeared at Willesden Magistrates’ Court charged with Michael’s murder. He is also charged with being in possession of a bladed article.

He was remanded in custody to appear at the Crown Court on a date to be determined. 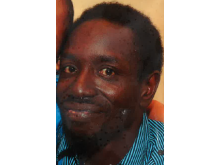