A Harrow man will appear in court in January charged with attempted murder and affray.

John Omotosho, 19 [31.01.01] of Salter Close, Harrow was arrested on Thursday, 10 December and charged the following day.

He appeared at Willesden Magistrates' Court on Friday, 11 December where he was remanded in custody to appear at Harrow Crown Court on 8 January 2021.

The charges relate to an incident at The Broadway, Ealing at 13:03hrs on Monday, 9 November.

Police and London Ambulance Service (LAS) attended. A 21-year-old man was found with stab injuries. He was taken to a London hospital by ambulance where his injuries were found not to be life threatening.

+ Two other males were arrested on suspicion of attempted murder – they were later released with no further action. 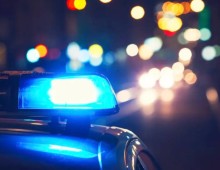 Second man charged in connection with stabbing in Ealing

​Detectives investigating a stabbing in Ealing have charged a second man with attempt murder and affray.