Homicide detectives investigating the fatal shooting on 25 September 2020 of their colleague Sergeant Matt Ratana have today charged Louis de Zoysa, 23 (17.07.1997) of Park Road, Banstead, Surrey with his murder, as well as possession of a firearm and possession of ammunition.

Since the incident, de Zoysa has remained in hospital in a stable, non-life threatening condition, with the ‘PACE’ clock paused but under police guard. Police have been in close liaison with his medical team and the Crown Prosecution Service (CPS) throughout.

Recent changes to his condition and a charging decision by the CPS have resulted in de Zoysa being charged with murder and the other offences this afternoon (Tuesday, 29 June).

He will appear in custody at Westminster Magistrates’ Court on Wednesday, 30 June via video link.

We have updated Matt’s partner and son on this significant development. 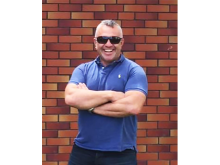