Officers investigating the fatal stabbing of Shane Jerome in Brixton last Wednesday have charged a man.

[A] Brandon Aldon McNeil, 18 (01.11.2002) of Lollard Street, SE11 was charged with murder, attempted murder and possession of an offensive weapon in a private place on Friday, 30 July.

He appeared before Bromley Magistrates' Court on Saturday, 31 July. He was remanded in custody to appear at the Old Bailey on Tuesday, 3 August.

Police were called at 20:18hrs on Wednesday, 21 July to reports of an assault close to Brixton Underground Station.

Officers attended and found 23-year-old Shane, who was from Thornton Heath.

He had been stabbed and despite the efforts of officers, London Ambulance Service paramedics and a London Air Ambulance crew, he was pronounced dead at the scene.

[B] A 17-year-old male was arrested on Thursday, 29 June. He has been bailed to return on a date in late August.

A 19-year-old man who was arrested on suspicion of causing grievous bodily harm has since been released with no further action. 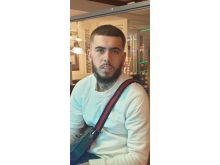