A man has been charged with murder following a fatal stabbing in Sydenham.

Romello Harley – 19 (20.05.02) of Kirkdale, SE26 appeared in custody at Bromley Magistrates’ Court on Wednesday, 30 June charged with the murder of 19-year-old Tashawn Watt. He was been remanded in custody to appear at the Old Bailey on Friday, 2 July.

Harley has also been charged with possession of a bladed article.

Tashawn died after being stabbed in Miall Walk, SE26 shortly after 21:30hrs on Friday, 25 June. 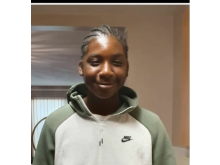