A man who carried out a savage attack on a police officer with a machete has been jailed.

Muhammad Rodwan, 56 (05.06.63), who was living in the Luton area at the time of the incident, was sentenced on Friday, 24 January to 16 years’ imprisonment and a further three years on extended licence.

The judge stated that he must serve at least two-thirds of his prison sentence.

Rodwan had been found guilty of grievous bodily harm with intent at the Old Bailey on Thursday, 23 January following a trial.

He was found not guilty of attempted murder and possession of an offensive weapon.

The court heard how Rodwan seriously injured PC Stuart Outten, 29, after repeatedly attacking him with a machete, which had a 19 inch blade. PC Outten, who had been a police officer in the Met for just over ten years at the time of the incident, was rushed to hospital after the attack and required surgery for multiple injuries.

Jurors were told that if PC Outten had not been able to discharge his Taser in a desperate bid to stop Rodwan’s frenzied attack, his injuries could have been far worse or even fatal.

PC Outten and his colleague PC Helen Brooks, response officers in the North East area, were in a marked police van on what was a typical nightshift, just after midnight on Thursday, 8 August, when they noticed an old white van in front of them in High Road, Leyton.

A check on the number plate revealed the van did not have insurance so PC Outten, who was driving, turned on the blue lights and indicated for the van to pull over – a routine traffic stop and something that PC Outten had done on numerous occasions. The van, which was being driven by Rodwan, pulled over and PC Brooks went over and asked him to join her on the pavement. However, he shouted at PC Brooks and drove off.

The officers drove after Rodwan’s van and again signalled for him to pull over, which he did after driving about 300 metres.

PC Brooks once again approached the vehicle, which Rodwan had now got out of, while PC Outten moved the police van and parked it in front of Rodwan’s van in a bid to prevent him from driving off again.

PC Brooks asked Rodwan to join her on the pavement but he continued to shout at her before walking back towards his van.

As Rodwan approached the driver’s door of his van, he was met by PC Outten. Rodwan was becoming increasingly agitated and told PC Outten to move out of the way as he started trying to get into the driver’s seat.

PC Outten told Rodwan that he was not driving away and went to get hold of his right arm as Rodwan tried to shut the van door. Rodwan then lashed out with his right hand towards PC Outten and punched him twice in the face.

There was then a struggle as the officers tried to get Rodwan out of the van. During the struggle, PC Outten’s radio fell to the floor.

PC Outten told Rodwan he was under arrest for assaulting a police officer and cautioned him. Rodwan continued to struggle before he started to hack at PC Outten with a machete.

Upon realising what had happened, PC Outten shouted ‘machete, machete’ and retreated from the vehicle.

Despite being attacked, PC Outten was able to withdraw his Taser and point it at Rodwan, who sprang from the van and kept attacking PC Outten with his machete.

PC Brooks rushed over, picked-up the machete and threw it out of Rodwan’s reach.

PC Outten shouted at some bystanders to bring him his radio, which had fallen on the floor near the van. He then used his radio to request back-up stating that he had been stabbed with a machete.

The members of public provided first aid to PC Outten, using a jacket to try and stop the bleeding from his head, until more police officers arrived at the scene. Rodwan was arrested on suspicion of attempted murder.

Rodwan was taken to an east London police station. During interview, when the allegation of attempted murder was put to Rodwan, he replied: “This officer attacked me and I defended myself.’ Rodwan chose not to reply to all the other questions put to him.

Rodwan was charged on Thursday, 8 August and while the reasons for him being remanded in custody were explained, he said: “My life is worth more than his life.”

PC Outten will always have the physical scars from the attack and his hand will never recover its full strength. PC Outten was inundated with support from the public after the attack and as well as being sent kind messages, he received dozens of cards and gifts that still reached him despite only being addressed to ‘machete police officer London.’

PC Outten hopes to be back patrolling the streets of London soon in his new position with the Met’s Roads and Transport Policing Command.

PC Outten said: “What happened that day will always stay with me, I’ll always have that memory of how a plain and simple job can escalate into you having to fight for your life. I’ve had amazing support from my management, colleagues, family and friends. All I can do is move forward, I will not let it discourage me from doing the job I love.

“It’s been really hard seeing how it has affected my family, this has impacted on their lives as well. It also upset me to see my family having to deal with the distress of the court case and watch the harrowing footage – having to hear a machete repeatedly go into the skull of their loved one was not easy for them.

“As soon as I realised I’d been attacked with a machete, I just knew that I needed to stop him or he would kill me. I’ve been Taser trained since 2013 and luckily my training kicked in. When the first shot didn’t work, I remember thinking that if the second one didn’t work, that would be it and I’d be dead, but thankfully it did.

“I’ve been off work for five months now, which has been frustrating. I’ve really missed working. I can’t wait to get back out on patrol, it’s what I love doing. My office is out on the street and I’m itching to get back out there.”

Detective Chief Inspector Nathan Munson, from the North East area’s CID, who led the investigation, said: “Rodwan was not acting in self-defence on that day – the number of blows, the force of the blows and targeted blows to PC Outten’s head proved this.

“It is reassuring for Londoners to know this violent individual will be unable to cause harm to other members of the emergency services or the wider public. I’m proud of PC Outten, he demonstrated incredible bravery and professionalism on the night of the incident, which undoubtedly prevented him suffering even more serious injuries.

“I’d also like to pay tribute to PC Outten’s friends, family and colleagues who have supported him throughout this traumatic time, and finally the investigation team whose dedication and commitment helped secure the conviction. I’m pleased to say PC Outten has recovered well from his injuries and is looking forward to returning to work.”

Commander for the North East Basic Command Unit, Detective Chief Superintendent Richard Tucker, said: “This frenzied, brutal attack on PC Outten is a stark reminder of the dangers London’s officers face and confront every day to keep the public safe and tackle crime.

“Officers should be able to go about their work, protecting the public, without fear of abuse or attack. Unfortunately that is not the reality, and officers are regularly the victims of unacceptable physical assaults whilst on duty, but this is something we should never accept as ‘part of the job.’

“The Met takes officer welfare extremely seriously and continues to invest in the very best officer safety equipment. Luckily, PC Outten was carrying a Taser and miraculously managed to use it despite being savagely attacked. I honestly believe that using that Taser may have saved PC Outten’s life.

“I would once again like to commend the remarkable bravery, resilience and determination PC Outten showed that night. He is a real credit to the Met and to the communities he polices. Londoners are lucky to have officers like PC Outten looking out for them.

The MPS is committed to supporting its officers and staff and changing the attitude that being assaulted is 'part of the job.' The MPS will seek to bring prosecutions against anyone who commits violent offences against officers on duty.

The MPS will also continue to invest in the very best officer safety equipment and training, to help officers keep themselves as safe as possible, and give them the protection they need to perform their roles effectively.

In early 2019 the MPS made a decision to create a dedicated Operation Hampshire team, consisting of a Chief Inspector and two Sergeants. The team aims to raise awareness of the issue of violence against police officers and staff both internally and externally, and is working with partner agencies such as the CPS. The team wants to ensure the best possible justice outcomes, as well as victim care and long-term wellbeing. They also working hard to encourage those assaulted to report it. 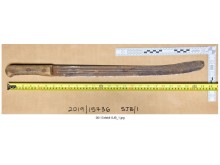 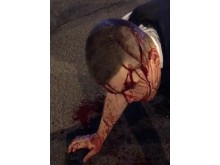 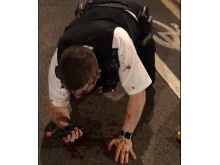 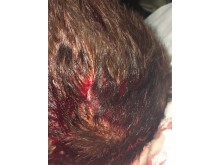 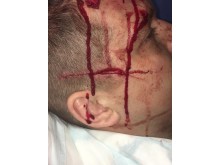 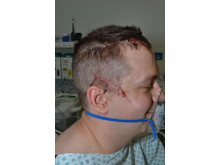 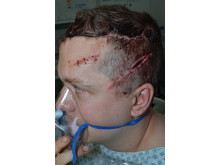 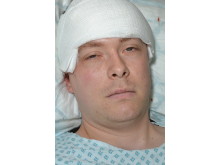 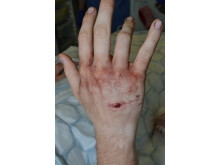 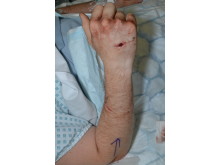 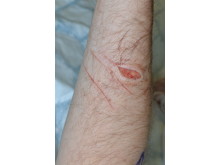