A man has been found guilty of multiple rapes and robberies over an 11 day period in north east London.

Abdallah Baballah, 25 (16.01.96) of no fixed address, was found guilty of three counts of rape, three counts of robbery, attempted rape, sexual assault and threat to kill following a trial at Snaresbrook Crown Court on Thursday, 6 May.

Baballah had pleaded guilty to rape, attempted rape, actual bodily harm and robbery on 24 September 2019 and a further guilty plea of robbery on 18 February 2020 before the trial.

He will be sentenced for all 14 counts at Snaresbrook Crown Court on Friday, 30 July.

The court heard that Baballah followed each of his victims into quiet residential streets as they walked home alone late at night.

His first attack took place at around 02:30hrs on 1 July 2019, when he approached a 35-year-old woman after she got off a bus in Plaistow.

He intimated he had a knife and then raped her, stealing cash from her purse before fleeing the scene. She walked home and told her housemate about the attack who called the police.

An investigation was launched and seized CCTV showed Baballah getting on the bus at the same stop at which the victim disembarked.

After briefly speaking to the driver, he was then seen getting off and following her. CCTV also captured him running away after the assault.

On 6 July 2019, shortly after 03:00hrs, a 21-year-old woman got off the tube at Leyton and was followed by Baballah who had been loitering outside.

While on St Mary’s Road, E10, he forced her to sit before taking her mobile phone, saying that if she wanted it back she would have to perform oral sex on him. He also intimated he had a weapon.

At that point, a member of the public walked past and the victim managed to shout for help.

Just one hour later on Stewart Road, E15, at around 04:20hrs, Baballah moved on and targeted another woman.

He approached the 31-year-old woman intimating he had a knife and told her to give him her phone, saying she would have to perform a sex act in order for him to return it.

He raped her and physically assaulted her before she escaped and ran to a nearby house, where she knocked frantically on the door for help.

Police were notified and a dedicated investigation linked all three attacks, with officers using all channels available to them to trace Baballah, including issuing a public appeal and CCTV images of the suspect.

Two days later, on 8 July 2019, a 20-year-old woman was travelling home from work and got off a bus on Charlecote Road in Dagenham at around 03:00hrs.

As she walked down the road she saw the defendant behind her so crossed over and began to run, but he gave chase, telling her to hand over her phone and claiming that he had a knife.

Despite Baballah’s attempts to stop her raising the alarm, she continued shouting, causing him to run away with her bag and phone but not before he struck her in the face. The woman ran towards a nearby cab office where a member of staff called police.

As searches for the suspect intensified, Baballah targeted a 30-year-old woman, following her off a bus on Barking Road at around 03:30hrs on 11 July 2019.

He tried to engage her in conversation, intimating he had a weapon in his pocket and threatening to kill her.

He pushed her to the ground, punched her in the face and a struggle ensued.

She managed to break free and ran towards a member of the public who had heard the commotion from inside his house. Baballah left the scene with the victim’s bag and mobile phone.

On 25 July 2019, officers on patrol in Newham saw Baballah walking along Barking Road at around 23:00hrs.

Recognising him from the CCTV images, they detained and arrested him and he was taken into custody where he was found to have one of the women’s mobile phones in his possession.

The phone was also found to have been used to view a number of news articles about Baballah and to download CCTV images of him released in the media.

Officers used forensic evidence to match Ballabah to a number of the offences, while identifying - from three Oyster cards found in his possession upon arrest - that he had been in the vicinity of the attacks close to the times they took place.

He was charged with multiple offences including rape, attempted rape and robbery on 27 July 2020 and remanded in custody.

Detective Sergeant Sara Yems, of the Specialist Crime Command, said:“Baballah is an extremely dangerous offender who targeted these women as they walked home alone in the dark. The streets are a safer place now he is behind bars.

“CCTV evidence shows him stalking the victims until he found the most opportune moment to attack. In each case he intimated he had a knife, leaving the women fearing for their lives and with little option but to obey his commands.

“His actions sparked fear within a community for a number of weeks and left these women traumatised by what happened to them. I would like to thank them for coming forward and supporting the police investigation, and for providing crucial evidence which led to this conviction and has ensured Baballah cannot subject anyone else to such horrific attacks.

“I hope this result reassures our local community that sexual assault and violence will not be tolerated in any form. Victims of abuse and sexual violence should feel confident that their local officers will work tirelessly to seek justice.

“The Met encourages anyone who is victim or witness to sexual assault, to contact police. We have specially trained officers who will give advice and ongoing support.

If you need to report a crime, you can do so by contacting police on 101 or reporting online. Always call 999 in an emergency.­

Further information, including details of agencies and charities that can offer support can be found on our website. 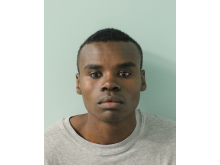