A man has been sentenced to life imprisonment for the murder of 20-year-old Jaden Christie who was fatally stabbed in Stockwell in September 2020.

Jacob Koutouan, 22 (27.4.98) of Stockwell Road SW9, appeared at Croydon Crown Court on Tuesday, 2 March where he was found guilty of Jaden's murder.

At the same court, on Wednesday, 3 March, he was sentenced to life imprisonment to serve a minimum of 21 years.

Police were called by London Ambulance Service [LAS] at approximately 14:50hrs on 15 September 2020 to Stockwell Road, where Jaden was found suffering from knife wounds.

Despite the best efforts of paramedics, he died at the scene.

A post-mortem examination held at Greenwich mortuary on 16 September found the cause of death to have been stab wounds to the torso.

A spokesperson for Jaden’s family said: “Jaden was an amazing and intelligent soul and had so much life and passion to give.

"A victim to a senseless killer who viciously ended Jaden’s hopes and dreams in a brutal attack. His death has left our family shattered to pieces, distraught, grief-stricken and disheartened over such a malicious act.

“Jaden wasn’t in a gang, in fact he was very anti gangs and feared the associated violence that comes with it.

“Jaden was just starting out in life, he got a new job with Deliveroo only two days before his death and had been accepted onto a construction course on the day he died. He had aspirations to own his own clothing line.

“Jaden loved his family and was the life and soul of every room he entered. Such a positive, vibrant life ended so young without getting to enjoy his future, flourish further and start a family of his own. He’ll be in our hearts eternally but nothing will compare to physically having him alive and here with us.”

Detective Chief Inspector Chris Wood said: “This is a tragic case where another young man has lost his life to knife crime leaving a huge gap in the lives of his friends and family.

“It was very clear that Jaden was subject to a vicious attack where he was chased before being stabbed 12 times. Despite a thorough investigation we have been unable to establish why this incident took place and why Jacob Koutouan chose to attack Jaden.

"In the face of all the evidence, Koutouan chose to compound the grief of those close to Jaden with false claims of self-defence at court, an account which was rejected by the jury.

“I would like to highlight the resilience shown by Jaden’s family throughout what must have been an exceptionally difficult court process. I hope the jury’s verdict will bring some comfort to them.” 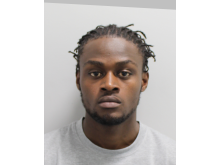 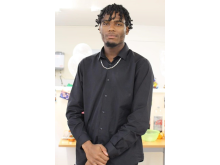