A man has been found guilty of stabbing a 24-year-old through the heart with a pair of scissors after becoming obsessed with him.

Ozughan Altun, aged 30 (23.12.89) of Dalston Square, Hackney , was convicted of murder at Wood Green Crown Court on Friday, 18 December after he stabbed Michael Paul Baptista five times and left him to die on the street on December 19, 2019.

The court heard how Altun grew fixated with Michael Baptista, who had briefly been in a relationship with a woman who was Altun’s ex–girlfriend at the time, and attacked him in a frenzy after the victim visited a location near the defendant’s shop in Walthamstow.

Police were called to an altercation on Bromley Road, Waltham Forest, E17 at approximately 19:15hrs on December 19. Officers attended along with the London Ambulance Service and found Michael Baptista suffering stab injuries. Despite their best efforts to save him, he was pronounced dead at the scene.

Altun, who had also called police to claim he had been attacked by Michael Baptista, was taken to hospital. On the way he lied to paramedics and alleged he had been stabbed and that his victim had stalked his family.

He was arrested on suspicion of murder by officers at the hospital. Officers found pieces of paper in Altun's pockets with a drawing of Michael Baptista, and a scribbled note saying “Michael is an idiot”.

A murder investigation was launched by one of the Met’s Homicide Teams based at Specialist Crime Command North.

In an interview with Altun, he persisted in painting himself as a victim of an attack, and said that he had lashed out in self-defence. He alleged that he had been “petrified” by Michael Baptista, and said he had been hit over the head.

Officers trawled local CCTV that revealed Michael had gone to Forest Road outside Altun’s shop before they had both left, with Altun threatening his victim who backed away from him. They also discovered CCTV that captured the moment Altun threw away the scissors he had driven into Michael Baptista’s chest.

During the investigation, officers found a video on Altun’s phone of him burning a strip of passport-style photos with his girlfriend and Michael Baptista’s faces on them. They also found countless messages relating to Michael Baptista from the months leading up to the violent attack.

The jury heard that they had rowed over Altun’s girlfriend, who he had broken up with. She had been in a relationship with Michael Baptista and, when it ended, had gone back to Altun.

Altun’s jealousy grew and, and before Michael Baptista travelled to Bromley Road on the day he was attacked, he had requested of Altun several times that they meet up to discuss matters concerning the woman they had both gone out with. Phone messages showed that Baptista said he had wanted to talk so he could better understand the situation between the three parties.

Michael never actually went inside Altun’s shop, they had one meeting face-to-face first in Forest Road and then a few seconds later, Altun left the shop armed with scissors and confronted Baptista, who was standing unarmed at the corner of Bromley Road and Forest Road, E17.

Altun was charged on 21 December 2019 with murder and possession of a bladed article and a trial commenced on 23 November this year.

Detective Sergeant Gurj Singh said: “This was a violent incident that took place in a residential street in E17 between two parties known to each other, in which Michael Baptista was fatally stabbed.

"Michael’s family attended the trial and has been saddened and deeply affected by the events of the 19 December 2019.

"I hope that the Baptista family will feel they have received closure through the criminal justice system.” 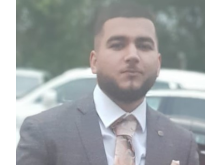