A man has been found guilty of the murder of a man who was lured to his death in Bromley.

Lusala along with three other defendants were on trial for murder and conspiracy to rob.

[D] Another man aged 18 (although, he was 17 at the time of the stabbing) was found not guilty of murder or conspiracy to rob.

The jury heard how the victim, Ayodeji, had left his home address in Dagenham at around 11:00hrs that day and drove his blue BMW to Anerley in Bromley.

Ayodeji had been tricked into thinking he was meeting up with the female defendant who had been in contact with him earlier to arrange to meet up.

However waiting for him instead was a group of young men waiting to rob him; one of which, Lusala was armed with a large knife.

They set upon Ayodeji while he was still in his car and although he tried to defend himself, he was overwhelmed.

Lusala stabbed Ayodeji multiple times before Gray took to the wheel of the victim’s car and drove away with it towards Marlow Road before abandoning it a few streets later.

Ayodeji managed to leave the scene in the opposite direction shouting for help. He staggered to an address in Samos Road where he managed to alert the occupants before collapsing.

Police were called 12:30hrs and attended along with the London Ambulance Service and London’s Air Ambulance. Despite the efforts of emergency services, Ayodeji was pronounced dead at the scene at 12:59hrs.

The Met’s detectives from Specialist Crime South launched a murder investigation and immediately cordoned off the scene and and specialist officers examine for forensic evidence. Through the course of the investigation Ayodeji’s blood was found at key locations including at the scene in the car park and on the driver’s seat of his car.

A post-mortem examination was carried out two days later at the Princess Royal University Hospital Mortuary that confirmed Ayodeji was stabbed a total of 16 times across his body by a knife. It was evident Ayodeji has suffered extensive internal and external bleeding.

Detectives spoke with numerous individuals including witnesses following the attack before making the arrest of [D] on 9 November, Gray on 12 November, Lusala on 19 November and [D] on 10 December.

Three other individuals were arrested in the course of the investigation however were later released with no further action.

Detective Chief Inspector Mark Cranwell, who led the murder investigation, from Specialist Crime South, said: “These are a tragic set of events that has resulted in the worst possible outcome – the loss of young man’s life. A grieving family have been deprived of all that Ayodeji may have become.

“Ayodeji was unsuspectingly led to his death that day by someone whom he was hoping to meet as a friend, I can’t imagine his horrific realisation to find instead, a group of males intent on malicious action.

“I would like to thank his family who have shown such courage during the course of the investigation”.

Sentencing will be on Friday, 20 December at the Old Bailey.

If you have information about someone you suspect to be carrying a weapon or involved in criminal activity and you do not want to speak to police, please contact the independent charity Crimestoppers on 0800 555 111 or by visiting their website. It is 100 per cent anonymous. They never ask your name and cannot trace your call or IP address.

Young people can also contact the charity Fearless via their website: fearless.org. They are also independent from police. They offer advice on where to get support, and let you pass on information about crime 100 per cent anonymously. Again, they will never record or trace your call or IP address. 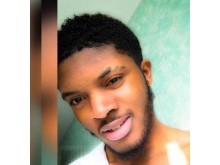