A man has been jailed for the murder of James Amadu in Enfield.

On Friday, 30 October, Romeo Mapeza, 19 (08.09.01) of Watermill Lane, N18 was found guilty of the murder of 26-year-old James Amadu, as well as violent disorder and possession of an offensive weapon.

He was sentenced at the Old Bailey on 11 January to life imprisonment with a minimum term of 20 years.

A 16-year-old boy from Enfield was found guilty of manslaughter and violent disorder. He was sentenced to five years’ imprisonment. The youth is not being named.

Franklyn Amadu, 24 (23.02.96) of Linwood Crescent, Enfield, was found guilty of violent disorder. He was given a two year suspended sentence

During the trial, the court heard how James had been stabbed by Mapeza in Blossom Lane, Lavender Hill on 31 October, 2019. Police had been called at 13:02hrs to reports of a stabbing at the location, and officers and London Ambulance Service attended.

A crime scene was established, however no victim was present. A short time later, James self-presented at a north London hospital but died at 14:21hrs as a result of a single stab wound.

Officers were able to determine that Mapeza had stabbed James following a shocking and fast paced violent dispute between groups. He was arrested on 1 November and charged with murder.

Detective Chief Inspector Laurence Smith, said: “This was a piece of appalling violence on a quiet Thursday afternoon that brought terror to the local residents. The participants didn’t care who was nearby and sadly this shocking violence led to the death of James Amadu.

“I would like to thank those who came forward to assist the police in this investigation.” 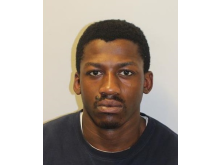 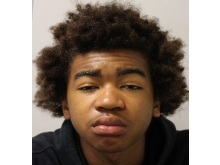