A gunman who executed a mother-of-two and her nephew in their family home has been found guilty of their murders.

Obina Ezeoke, 28 (29.05.92) of no fixed address was convicted on Wednesday, 9 September at the Old Bailey of the murders of Annie Ekofo, 53, and her 21-year-old nephew Bervil Kalikaka-Ekofo.

Police were called by London Ambulance Service at around 06:20hrs on 15 September 2016 to reports of two people injured at an address in Elmshurst Crescent, N2.

Officers attended and found Annie and her nephew suffering from gunshot injuries. Both were pronounced dead at the scene despite efforts to resuscitate them.

Four other people, including an eight-year-old child, inside the address were not harmed.

The trial heard that Ezeoke gained entry to Annie’s home through the front door which was unlocked, after waiting for the communal door to the main block to be opened.

He stepped into the bedroom where Bervil was sleeping and shot him in the back of the head at point blank range.

Annie, awoken by the shot, stepped out of her bedroom on the same floor down the hall and was shot in the chest. Ezeoke then made off.

An investigation was launched by the Met’s Specialist Crime Command and established a sequence of events that led to Ezeoke’s arrest.

Further enquiries revealed that the vehicle had come from and returned to the Grahame Park Estate in Colindale. Investigators were able to prove that Ezeoke was at the estate immediately before and after the murders.

Forensic examination of the Vauxhall Meriva found high levels of gunshot residue. Gunshot residue particles were also found on a white polo shirt worn by Ekeoke on the morning of the shooting, as well as on other clothing and on his head and hair.

The car was traced back to Ezeoke, who had used false names and addresses to register and insure it.

Ezeoke was identified as a suspect and arrested within days, on 18 September 2016. He was charged with two counts of murder on 20 September.

A search of his property proved crucial, as items including an empty handgun case and parking tickets linking him to the Vauxhall Meriva were recovered.

Bervil - a student at the University of West London – had planned to stay at the house for just one night. Detectives believe that a relative of Annie and Bervil who was not at the property that evening and who Ezeoke and associates had a long-running feud with was the intended target. Neither Annie and Bervil had any involvement and this was a case of mistaken identity.

The court heard that Ezeoke was stabbed multiple times in October 2015, and the shooting is believed to have been in retaliation for that incident. Ezeoke suffered life-threatening injuries and spent six weeks in hospital recovering. He was subsequently arrested and jailed for a drugs offence. He was released from prison in April 2016.

Detective Chief Inspector Garry Moncrieff, who led the investigation, said: “Annie and Bervil were brutally gunned down in what should have been the safety of their family home. It appears that they were totally innocent victims, killed as a result of escalating violence between rival groups, and the latest in a series of violent clashes dating back several years.

“This double murder has devastated Bervil and Annie’s families, and I hope that they find some comfort in knowing that the man who killed them has been brought to justice and now faces life imprisonment.

“We will not tolerate the use of firearms on the streets of London, and those who carry guns should know that we will relentlessly pursue anyone involved in gun crime and bring them before the courts where they will face significant prison sentences."

Ezeoke will be sentenced on Thursday, 1 October. 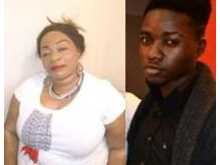 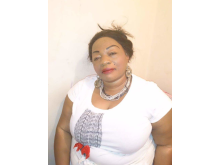 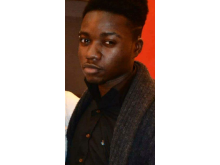 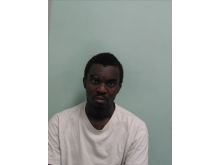