A man has been convicted of murdering two pensioners in separate attacks in 1998.

Michael Weir, 52 (03.12.66) of no fixed address, was found guilty of the murders of 79-year-old Leonard Harris and 83-year-old Rose Seferian in 1998 following a trial at the Old Bailey which concluded on Thursday, 14 November.

He will be sentenced at the same court on a date to be confirmed.

Advances in DNA technology led to Weir being convicted of both murders more than 20 years after the victims died.

The court heard that on 5 March 1998, Rose Seferian was alone in her home on Pembroke Road, W8, when Weir entered via the open lounge window and subjected her to a brutal physical assault.

Three rings, believed to be worth a total of around £100,000, were taken from her fingers, and money stolen from the property.

Rose suffered head and facial injuries to the extent that she was ‘almost unrecognisable’ when she was found by her son later that afternoon.

She was taken to hospital where she died on 9 April 1998, with medical professionals stating her head injury contributed to her death.

Crime scene examiners attended the scene of the murder and found a palm print on the inside window frame through which they believed the then unknown suspect entered the flat.

This was uploaded onto the National Fingerprint Database but there was no match to any existing prints on the system.

In 2017, a review of the system was carried out by the Met’s Fingerprint Bureau and an identification was established with a palm print taken in 2016 from an individual named Michael Weir.

This linked Weir to a separate murder which took place just five weeks earlier in January 1998.

Again an unidentified palm mark had been found at the victim’s home address but had not matched with any others on the system; it was now found to be a match for Weir.

Leonard Harris and his wife Trudie were both assaulted by Weir after he broke into their flat on Aylmer Road in East Finchley on 28 January 1998.

He then fled the scene with a number of items of jewellery, including an 18-carat gold watch.

Leonard was discovered with serious head injuries on the communal landing by an estate agent later that day and taken to hospital.

He died in hospital almost five months later on 16 June 2018.

A forensic pathologist concluded Mr Harris suffered a traumatic brain injury consistent with having occurred around the time of the assault and that this contributed to his death.

In the years prior to his death, Leonard was a carer for Trudie, who had dementia. Following the attack, her health rapidly deteriorated and she died around two years later.

Weir was originally arrested for Leonard’s murder on 4 June 1998 after DNA evidence from a glove found at the scene linked him to the attack.

He was charged and later convicted on 12 July 1999 but acquitted following an appeal in May 2000 when the Court of Appeal ruled that evidence provided by the prosecution was inadmissible.

As well as the match of the palm mark in 2017, advances in DNA technology meant a separate blood scraping found in the hallway of Leonard’s flat at the time could now be linked to Weir.

Weir was re-arrested on 26 March 2018 for the murder of both Leonard and Rose and continuously denied both offences. He was remanded in custody until trial.

Detective Chief Inspector Shaun Fitzgerald, from Specialist Crime, said: “More than 20 years has passed since both Leonard and Rose suffered brutal assaults which contributed to their deaths – 20 years of pain and continued grief for both families.

“Both victims had been able to live at home until the point of these attacks. It was undoubtedly Weir’s actions which saw them both rushed to hospital and set in train the cause of their deaths.

“Nothing can ever take away the pain of Leonard and Rose’s families but we hope this conviction brings them some kind of closure.

“Weir literally thought he had got away with murder but he now faces a considerable custodial sentence where he will have significant time to reflect on his utterly callous actions towards two completely innocent victims.

“This has been a long and complex investigation but one which demonstrates that we will never give up on seeking justice for victims and their loved ones.” 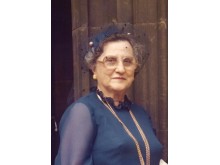 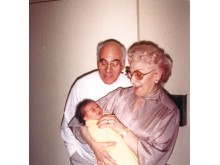 Leonard Harris and his wi... 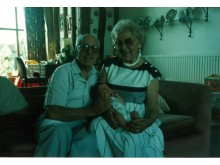