A man has been found guilty of the murder of 40-year-old Gavin Garraway who was fatally stabbed in 2019.

Zion Chiata, 20 (27.04.00) of Patmore Estate, SW8 was convicted on Monday, 8 June, following a retrial at the Old Bailey. At the conclusion of the first trial in October 2019, he was found guilty of possession of an offensive weapon.

Chiata had previously pleaded guilty to Mr Garraway’s manslaughter, but this plea was not accepted by the defence.

A second defendant, Tishaun Panton (22.10.97) of Cottage Grove, SW9, was also convicted of Gavin’s manslaughter following the first trial. His sentencing had been postponed pending the outcome of Chiata’s retrial.

Both men will now be sentenced together on a date to be confirmed.

Detective Inspector Jamie Stevenson, who led the investigation said: “This appalling attack was caught on CCTV and shows the consequences of carrying a knife. I am pleased the jury discounted Chiata’s defence that he simply “lost control” and convicted him of murder. I hope today’s outcome gives some form of closure to Gavin’s family who have not only had to suffer his loss due to the reckless behaviour of his killers; but have also had to endure the nightmare of two trials.

“I urge anyone planning on taking a knife onto the streets of London to look at this case as an example of the very real possible consequences of that decision.”

The court heard how at 14:36hrs on 29 March 2019, Gavin was driving with his brother through the Clapham Common area before turning onto Clapham Park Road when Chiata and Panton – who were on foot - suddenly began to pursue his car.

Anticipating an attack on himself and his brother - having seen the pair chasing after him - Gavin tried to turn his car around; however in doing so he crashed it into a traffic light bringing the vehicle to a stop.

Panton and Chiata approached the car, the latter pulling out a large knife preparing to attack.

Once at the car, Chiata launched his attack at Gavin through the open window, stabbing three times in quick succession.

At the same time Panton used the crutch he had with him and began to hit Gavin and his car with the item.

During the attack, his brother tried his best to defend his brother with a crutch he too had on his person.

The violence lasted no longer than ten seconds with Chiata then fleeing the scene, while Panton remained at the vehicle for a further five seconds continuing to attack Gavin with the crutch.

A police officer arrived on scene mere minutes after the attack where he, with the support of some off-duty nurses, administered first aid.

Paramedics arrived a short time after this, however, despite the efforts of medical professionals, Gavin’s injuries were too severe and he was pronounced dead at 15:28hrs.

A post-mortem examination later gave the cause of death as a stab wound to the abdomen.

A murder investigation was launched, led by the Homicide detectives from the Specialist Crime Command.

CCTV was taken from the area where the attack took place. The footage clearly captured both Chiata and Panton before, during and after the attack.

Officers also interviewed a number of witnesses who had been present at the attack.

Chiata was arrested at his home on 2 April 2019 on suspicion of murder, having been forensically linked to the crime scene, and for possession of a bladed article.

Panton was arrested at his home on 12 April 2019 on suspicion of murder after being identified through telephone evidence.

They both were charged and remanded in custody prior to the first trial in October 2019.

+ Please help us to keep London safe by reporting crime and giving information about crime.

Anyone with information about crime can contact independent charity Crimestoppers on 0800 555 111. It is independent of police, and is 100% anonymous. They do not ask your name and cannot trace your call or IP address.

If you or someone you know is involved in knife crime and you want help or support, visit: www.knifefree.co.uk 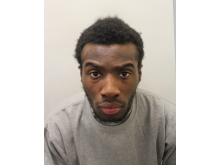 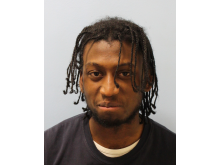 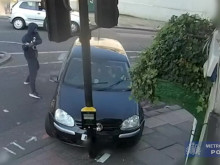