A man has been found guilty of sexually assaulting a child.

William Powell, 66 (29.12.54) of East Ham Manor Way, Beckton was found guilty at Snaresbrook Crown Court on Thursday, 17 June of two counts of sexual assaulting a girl under 13 by touching.

The court heard that in May 2018, allegations of sexual abuse were made against Powell.

These allegations related to incidents that occurred between July 2016 and November 2016.

The victim was under 13 years old at the time of the offences.

The abuse was disclosed to a youth practitioner on 15 May 2018. Following this, a report was made to the police who launched an investigation.

He has been remanded to appear at Snaresbrook Crown Court on Thursday, 16 September for sentencing.

Detective Sergeant Emma Stockman, the investigating officer, said: “Powell abused the trust placed in him, and his offences are truly shocking. The verdict reflects the seriousness of the actions of a dangerous and predatory offender.

“I thank the victim for having the strength and courage to come forward. Without this, his abuse may well have continued and impacted on further victims. The trauma that victims suffer can last a lifetime. I hope that the verdict brings the victim some closure, so that they can begin to rebuild their lives.

“Given the predatory nature of Powell's offending, there is a possibility that he abused other children. We urge any further victims to contact police right away – a specially trained team of detectives are ready to listen and support you.”

Further information, including details of agencies and charities that can offer support can be found on our website. 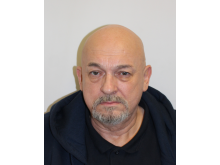