A man has been found guilty of murdering his friend in a “brutal and sustained” attack at his home in Thornton Heath.

Police begun an investigation after the body of a man was discovered at a residential address in Whitehorse Road on Monday, 13 January.

Officers were called at approximately 09:00hrs by a member of the public who had found the man, later identified as Krasimir Kartikov.

Krasimir, 60, was pronounced dead at the scene. A post-mortem examination revealed he had died from multiple injuries, including several skull fractures and a broken nose.

Initial enquiries at the scene established neighbours had heard a loud voices and banging inside Krasimir’s flat in the early hours of Sunday, 12 January.

Several witnesses also reported seeing a man regularly visit the property. He was identified as Zhivkov.

Officers began an urgent search to locate him which involved analysing telephone data which linked him to the address at the time of the attack.

CCTV enquiries were carried out and it was established that Zhivkov had boarded a bus at West Croydon Bus Station later on Sunday morning.

He was traced to an address in Southall and arrested on the evening of Thursday, 16 January. He was subsequently charged with murder.

During interview he refused to give any explanation for the attack and denied any involvement.

In a statement, Krasimir’s family said: “Krasimir was the nicest man you can imagine. He was kind and always eager to help others. He was liked by everyone who knew him.

“I cannot imagine what could possibly have provoked someone to murder him in this way. It breaks our heart to think about it.”

Detective Chief Inspector Helen Rance, of the Specialist Crime Command, said: “This was a brutal and horrific attack on Krasimir by someone he knew and had allowed into his home.

“Throughout this process Zhivkov failed to take any responsibility for his actions. Now he has no choice but to face up to what he did to a man who cared for him and called him his friend.

“I would like to praise the witnesses who were able to help identify Zhivkov as being at the location on the same day as the attack – and my team of detectives who worked around the clock to ensure justice for Krasimir’s family.

“While we many never know the reasons for Krasimir’s death, we hope they get some kind of closure knowing a dangerous criminal will be behind bars and unable to cause any further harm to others.”

A sentencing date is yet to be confirmed. 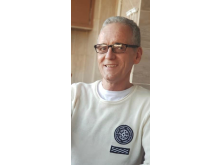 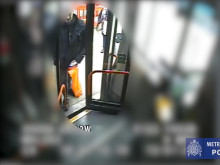 CCTV of Nikolay after the...