A man who bludgeoned a work colleague to death on a construction site they were working on in central London has been found guilty of murder.

Elton Sefa, 24 (09.08.96), of no fixed address, was found guilty of murdering 47-year-old John Woodward at the conclusion of a trial at the Old Bailey on Tuesday 29, June. He will be sentenced at the same court on Thursday, 8 July.

The court heard how John Woodward was employed as a site foreman by a construction firm which was working on a building in Hatton Garden, EC1. Sefa was a labourer who had worked with John for around seven months prior to the murder on a number of building sites. He had used a false name ‘Frankie’ and false personal details in order to get the job.

The pair are said to have got on well. However, a colleague had mentioned that the day before the murder there appeared to be some tension after John had become annoyed that Sefa had cleared away their tools early. It also was established that Sefa had recently queried his weekly pay which John had taken up on his behalf with the company – however, it was confirmed that the pay was correct.

On 17 April 2018, both men had arrived for work at the site in Hatton Garden. Security cameras from in and around the construction site show both of them going about their work. While other workmen were present, only Sefa and John were working on the fourth floor of the site.

Shortly after 14:00hrs, Sefa was seen on camera to walk up the stairs from the staff room on the first floor – as he walked he appeared to be checking behind him.

He then assaulted John with a metal scaffolding pole, striking him a number of times on the head. Sefa then fled the building site leaving John lying injured on the deserted fourth floor area.

It was at around 14:40hrs that John’s body was discovered by another worker and the alarm was raised.

The emergency services attended but nothing could be done and John died at the scene at 15:07hrs. A post-mortem examination subsequently confirmed he had died as a result of blunt force trauma to the head. John had also suffered lacerations to his neck possibly caused by a blood stained Stanley knife found nearby.

Officers immediately began an investigation and quickly established that Sefa, also known as ‘Frankie’, had left the building site without signing out. After studying security cameras, they also found the footage of Sefa making his way to the fourth floor area immediately prior to the attack and then fleeing with what appeared to be blood on his hands.

By 20:00hrs that evening, Sefa had boarded a flight to Amsterdam and he then made his way to his native Albania. Sefa’s real identity was confirmed and he was arrested by the Albanian authorities on 28 February 2019 before being extradited back to the UK in January 2020.

Detective Inspector James Howarth from the Met’s Specialist Crime led the investigation and said: “John was a loving and caring family man and supervisor who was attacked in the cowardly manner by the man who John had overseen for the previous seven months. Elton Sefa has refused to say why he attacked John in such a brutal and frenzied way and that has only added to the distress for John’s family.

“To John’s family, I express my admiration for your patience, fortitude and dignity which you demonstrated over the past three traumatic and very difficult years. I hope that now Elton Sefa has been convicted of John’s murder, you can begin to rebuild your lives and move on from this traumatic episode.

“This has been a complex and protracted investigation and I would like to thank all those involved for their diligence and tenacity in ensuring Sefa was brought back to the UK to face justice.

“To those who commit horrendous and barbarous offences - do not believe that by leaving these shores you are safe. We will find you. We will extradite you. You will face justice.” 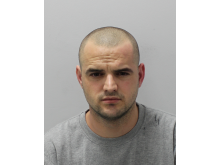 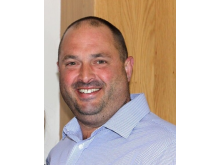