A man has been convicted of fatally stabbing a teenager in Kingston-upon-Thames.

Archie Beston was enjoying a night out with friends in Kingston at around 0340hrs on Saturday 29 February when he saw an incident in which a van was deliberately driven towards a 19-year-old man (Victim 2). The van driver was Finlay Ahwan..

In the aftermath of the incident, Archie was fatally stabbed by Tyrone Bryan, who had been in the van with Ahwan. Bryan also stabbed 'Victim 2' who required hospital treatment for his injuries.

Tyrone Bryan, 20, (29/02/00) of Ely Court, Kingston was found guilty at Kingston Crown Court on 2 October of manslaughter. He was also convicted of Section 20 GBH on Victim 2 and possession of an offensive weapon.

Finlay Ahwan, 21, (24/09/99) of Worcester Park Road, Worcester Park was found guilty of attempted GBH on Victim 2 (with the vehicle) and dangerous driving.

The incident happened in Clarence Street, Kingston where police officers and members of the public fought to save Archie’s life before the arrival of paramedics. Archie was taken to hospital by London Ambulance Service, but he died six days later.

An investigation was launched by detectives from the Met’s Specialist Crime Command, led by Detective Chief Inspector Helen Rance. Bryan was arrested having been detained at the scene by security staff of The Viper Room nightclub, while Ahwan was arrested after attending Wandsworth Police Station the following day.

DCI Rance said: “Archie was only 19 years old. He lived in Barnes and worked locally in Kew. He had never been in any sort of trouble with the police before and was incredibly popular with his friends and much loved by all of his family, especially his mum, Becky.

“Bryan and Ahwan are pathetic and cowardly individuals. Bryan used a knife to attack an unarmed teenager while Ahwan’s weapon of choice was a two tonne van. Both had previous convictions for offences including possession of a knife.

“Only they will know why they attacked Archie. Bryan’s decision to carry a knife has left Archie’s family grieving and Bryan himself facing a considerable period of time in prison when he is sentenced on 29 October.

“This has been a truly tragic case, and my heart goes out to Archie’s family who have conducted themselves with such dignity. I am pleased that they have been able to see the conviction of both of the men instrumental in the events leading up to and resulting in Archie’s death.”

Speaking shortly after the murder, Archie’s family said: “Archie was our whole world. He was loved by everyone who knew him. He was a family boy, so happy and he loved to enjoy life. He was sweet natured and popular, he had no enemies and always helped anyone. He planned to travel the world and go to Ibiza to work this summer - he couldn’t wait.

“Anyone who knew Archie would know that he has never been in any trouble or known to the police. He was so innocent, and tragically he appears to have been in the wrong place at the wrong time.” 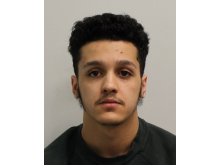 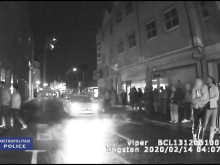