A man has been convicted of battering his fiancée to death while she was in the shower.

The court heard how he attacked his partner, 35-year-old Amy Parsons, with a metal bar in the Docklands flat the couple had shared.

He will be sentenced at the same court on Tuesday, 26 November.

Deakin-White had been in a relationship with Amy for many years.

Amy had grown-up in Australia, but had moved to the UK where she met and got engaged to Deakin-White.

Amy paid the rent for the flat and Deakin-White, who was not in work, relied on her for financial support.

Amy told friends she was increasingly unhappy with the relationship and the emotional and physical demands that Deakin-White made upon her.

A few weeks before her murder she had started a relationship with a colleague and she told Deakin-White about this.

Witnesses told the court that he and Amy began to argue and he tried to monitor what she was doing, accessing her laptop and spying on her taxi account.

He also began stalking Amy, following her home from work, and he began to express his anger to friends, messaging one friend to say; “I hate her”. To another friend he messaged “I’m going to do something stupid, I just know it.”

On the day of her murder, Thursday, 25 April, Amy had told a friend at lunch that she needed to resolve the situation and would speak to Deakin-White about their relationship.

Amy had returned to their flat and was showering in the bathroom, when Deakin-White attacked her with a metal bar.

A neighbour heard a woman screaming but didn’t realise what was happening.

The attack was sustained and brutal and Deakin-White callously left the flat, leaving Amy critically injured and dying in the bath.

At the subsequent post-mortem examination the pathologist found that Amy had been the victim of a sustained and forceful assault with a heavy blunt object.

Deakin-White later told police he had struck Amy with a metal ‘pull-up’ bar he had taken from a cupboard.

Amy had suffered multiple forceful blows to her head, fracturing her skull and causing brain damage.

The pathologist also found grip marks on her arms, likely to be caused by Deakin-White trying to grab Amy with one hand as he attacked her with the metal bar he held in his other.

However, it was the blows to her face that were considered to have likely caused Amy’s death. Injuries to her face and jaw would have obstructed Amy’s airway and forensic experts believe her death would have occurred about 30 minutes to an hour after the attack.

The next day Deakin-White rang his father and stated he was a murderer.

His father immediately rang 999 and asked for an ambulance to go to the flat.

Police and paramedics went to the flat and forced entry, where they found Amy dead in the bath.

Meanwhile, Deakin-White was in Edmonton and spoke to a man about what he had done.

The man, who was a stranger to him, persuaded him to give himself up and as they walked together towards Tottenham Police Station they saw two officers.

Deakin-White told the officers he thought he had killed his fiancée and he was arrested on suspicion of murder.

He told the officers that Amy had told him their relationship was over and he described himself as a ‘murderer’.

He said that even if she had still been alive, he had left her too long. Deakin-White said they had been talking about a break up and he was talking to her while she was in the shower when he grabbed the metal bar and attacked Amy. He told them he had locked the flat, left Amy ‘breathing funny’ in the bath, and had since been walking trying to think.

Deakin-White was taken to a police station where he was interviewed and later charged with Amy’s murder.

“He relied on Amy’s financial support and I believe he could not stand the fact that she was moving on and refused to be taken advantage of anymore.

“Amy had become aware of what kind of person he was and was beginning to take steps to leave Deakin-White.

“These steps included a new relationship, free from Deakin-White’s coercive and abusive behaviour.

“Because of this Deakin-White launched a vicious and brutal attack on Amy, without warning and in her own home, where she should have been safe and secure.

“He attacked her in the shower, where she was most vulnerable, inflicted the most savage injuries and then like the coward he is, fled, leaving Amy dying and alone.

“The details of this case have been a terrible ordeal for Amy’s family and I truly hope this conviction brings them some comfort.

“I would implore anyone who is in a controlling relationship, or anyone who is aware of someone who could be at risk, to call police; that phone call could save a life.”

+ Anyone who is a victim of domestic abuse, or knows of someone who may be a victim, should call police via 101 or 999 in an emergency. They can also call Crimestoppers anonymously on 0800 555 111.

+ The Met's domestic abuse investigators work closely with independent domestic violence advisors and specialist domestic support agencies to ensure that victims of domestic abuse are able to access the help and support they need. They also work with local authorities and other partners to establish domestic abuse perpetrator programmes, to support those who wish to change their behaviour and engage in non-abusive relationships.

Anyone with concerns about their partner have the 'Right to Ask' police if that person has a history of domestic abuse, through the Domestic Violence Disclosure Scheme, also known as "Clare's Law". 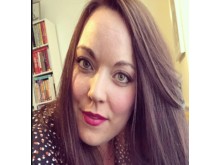