A man has been sentenced to more than 20 years in prison for murdering his ex-girlfriend in Hillingdon.

Wojciech Tadewicz, 27 (16.03.92) of Whittington Avenue, Hayes, was found guilty of the murder of Sandra Zmijan after a trial at the Old Bailey which concluded on Thursday, 5 December.

On Friday, 6 December he was sentenced to 22 years in prison, with the judge saying he was “not persuaded” by Tadewicz’s claim of diminished responsibility.

The court heard how Sandra, a 31-year-old mother of two, went to Tadewicz’s home address on 20 September, 2018, to pick up a ticket from him to an amateur boxing event. Sandra was to compete in a charity boxing match the following day, as she had recovered from cancer and taken up boxing as a hobby.

The pair had been in a six-month relationship but Sandra had texted Tadewicz a few days before to tell him she just wanted to be friends.

Analysis of CCTV and Oyster card records carried out by detectives from the Met’s Homicide Team, revealed that Sandra had travelled to Tadewicz’s address on 20 September, but had not returned home to her two children.

Emergency services were called to Tadewicz’s address in the early hours of 21 September, 2018, after his housemates found him in his room with multiple cuts to his wrists and arms.

Tadewicz was taken to hospital and spoken to by police officers. He said he had smoked cannabis the night before and did not remember how he had got cut.

After Sandra failed to return home for two nights, she was reported missing on 22 September 2018.

Sandra’s children and friends had tried to find her and had called her constantly over four days. On 24 September 2018, some of Sandra’s friends, along with her daughter, rang her phone again and this time it was answered by Tadewicz’s sister who had found the phone in Tadewicz’s room.

Police were called to the Whittington Avenue address again shortly before 10:00hrs on 24 September and, after a search behind trees in the back garden, they found Sandra’s body.

A claw hammer stained with Sandra’s blood was found next to her.

A post-mortem examination gave a cause of death as head injury through a sustained assault with a heavy blunt object.

Tadewicz was arrested at hospital on 24 September 2018 and gave a series of ‘no comment’ police interviews. He was charged with murder two days later.

Detective Chief Inspector Simon Harding, of the Met’s Homicide Team, said: “The length of the sentence handed down to Tadewicz reflects not only the horrific nature of the crime but also the complete lack of remorse he has shown throughout the trial.

“As the judge said in court, Sandra’s children will never be able to forget the manner in which their mother died but we hope that knowing her killer is behind bars for a long time brings them some kind of closure.” 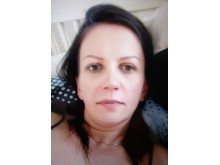