A man has been jailed after £450,380 was found in the boot of his car following an investigation led by the Met's Proactive Money Laundering Team.

Shane Cameron, 24, (2.10.96) of Ashburnham Road, Bedford appeared at Luton Crown Court on 12 December 2020 where he pled guilty to possession of criminal property, namely cash under Section 329 Proceeds of Crime Act 2002.

He was sentenced to one year and four months' imprisonment on Friday, 12 February,

Cameron’s arrest on 8 December 2020 followed a search of his vehicle in Gardenia Avenue, Luton. Officers found a large plastic laundry bag and several other plastic shopping bags, each containing large quantities of cash.

Detective Sergeant Steve Lambeth, of the Met's Proactive Money Laundering Team, said: “I would like to assure the public that we take a zero tolerance approach to this sort of criminality within our community, and we are committed to bringing those involved to justice.

“The recovery of such a substantial amount of money was a great example of how officers are tirelessly working to disrupt organised crime. This money was not only being used to finance serious organised crime across the UK but also represents the proceeds of previous crimes undertaken to acquire such vast sums of cash. This seizure has had a significant impact on those activities.

“I am proud of the achievements of our officers and staff in bearing down on organised crime, despite the challenges of the pandemic."

We would like to hear from anyone who has information about crime. Community intelligence can be used to great effect to not only detect, but also prevent crime and keep London safe.

If you don’t want to speak to the police, contact Crimestoppers on 0800 555 111. They are a totally independent charity and you will remain 100 per cent anonymous - they never ask your name and they cannot trace your call, your IP address or the device you use. Alternatively, you can visit their website 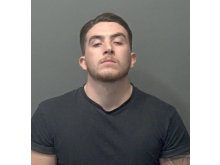