A man has been jailed for killing his housemate following an altercation at their Brent home.

Volodymyr Holovatskyi, 24, (28.03.96), of Village Way, NW10 was sentenced on Thursday, 8 October, at Isleworth Crown Court to ten years and nine months’ imprisonment for the manslaughter of 28-year-old Dmytro Balaban.

Police were called at around 01:40hrs on 14 December 2019 by the London Ambulance Service (LAS) to an address on Village Way to reports of an assault.

Ukranian national, Dmytro was discovered inside the property with a stab wound to his neck. Despite the best efforts of the emergency services, he was declared dead at 02:08hrs.

The LAS had arrived at the scene to find Holovatskyi – who had lived at the same multiple occupancy property as Dmytro – outside in the street covered in blood which was later confirmed to be Dmytro’s.

It is understood that following the consumption of alcohol, a minor argument had broken out between the two earlier that evening.

Holovatskyi was arrested at the scene and later charged with murder. He appeared at Isleworth Crown Court on Wednesday, 7 October where he pleaded guilty to manslaughter.

Detective Inspector Colin McKeen, from Specialist Crime South, said: “This was an extremely tragic incident following a disagreement which was unfortunately fuelled by alcohol. As a result, one young man has very sadly lost his life; and a second will now be spending a considerable time behind bars.”

A second man arrested at the time of the incident was subsequently released no further action. 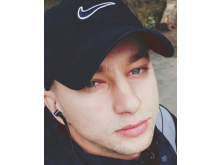