A man who lost control of the car he was driving whilst nearly twice over the drink drive limit, crashing into and killing a pedestrian in Hampton Court has been jailed.

Kenneth Mark Beckett, 38 (22.06.82), was sentenced to five-and-a-half years’ imprisonment after admitting causing death by careless driving while over the prescribed limit and possession of cannabis at Kingston Crown Court on Monday, 9 November. He will also be disqualified from driving for six-and-a-half years on his release.

Beckett changed his plea to guilty part-way through his trial.

The court heard how Beckett was almost twice over the drink drive limit when he drove his Peugeot 207 car at excess speed in poor weather conditions on the night of Saturday, 10 November 2018.

Shortly before 00:30hrs as he rounded a bend on Hampton Court Road, Beckett lost control of the car, mounted the pavement and collided with 50-year-old Jonathan Treleaven. Mr Treleaven worked as guard at Hampton Court Palace and was carrying out security checks on the perimeter of the site when he was struck.

CCTV footage showed Beckett crawling out of the driver’s side of the overturned car following the collision and he was arrested at the scene. However, in subsequent interviews he protested he was not the driver and claimed he was not responsible.

DC Imogen Grylls who was part of the investigation team said:

“I am glad that Beckett has finally admitted to his actions that night in causing Mr Treleaven’s death. Our thoughts continue to be with Mr Treleaven’s family who have been forced to endure part of trial before finally seeing justice.

“Beckett has shown no remorse through this investigation and it is right that the Judge, His Honour Lodge, has shared this grievance during his sentencing remarks.”

“My husband Jonathan was the most wonderful, good and kind man and I have been overwhelmed by the outpouring of love and care towards him since we lost him. I miss him endlessly, as do all our family, and I will love him forever.

“This result, after two years of waiting, has finally brought some justice, and I would like to thank the police for their tireless work on the case and the care shown towards me and to Jonathan's family.”

“We are relieved that Kenneth Beckett finally admitted that he killed Jonathan, having previously maintained his innocence for two years.

“His prison sentence is at least some justice. However, following his release, Beckett will be able to live his life as he chooses, whereas the lives of my family and I have been permanently and painfully altered.

“Jonathan was a kind and decent man who brought goodness into the lives of numerous people. His death is a tragic loss felt by so many.” 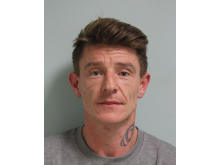