A man has been jailed for a series of sexual assaults in Wanstead.

Caise Bidounga, 22 (05.04.99) of St Andrews Road, Ilford, appeared at Snaresbrook Crown Court on Friday, 9 July where he was sentenced to five-and-a-half years' imprisonment, three years extended licence and to be on the Sex Offenders Register for life.

He previously appeared at the same court on 18 December 2020 where he pleaded guilty to one count of attempted rape, three counts of sexual assault and three counts of exposure.

Between 11 and 17 September 2020, Bidounga exposed himself to, or sexually assaulted, seven women at Roding Valley Park. The victims were aged between 18 and 42 years old.

On 17 September 2020, he committed four of the seven offences.

Police received a report on 17 September 2020 of an 18-year-old woman having been sexually assaulted in Roding Valley Park.

Detective Sergeant Laura Martin, said: “Bidounga’s attacks were clearly escalating. Over the course of one week he went from exposing himself to a woman to actually sexually assaulting four women in one day.

“This case demonstrates perfectly the need for offences such as this to be reported to police. Even if nobody is injured, sexual predators cannot be permitted to roam free posing a threat to women and girls.

“Despite none of the women sustaining physical injuries, the effects of being a victim of a sexual offence can be long lasting and we are very grateful to those women who came forward to support this investigation and hope they feel that justice has been served.

“I have no doubt, that had they not come forward, Bidounga would have continued in his escalating pattern of offending.”

+ Anyone who has been a victim of a sexual offence should contact police on 101. In an emergency always dial 999. 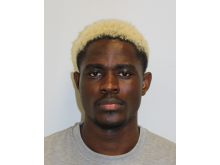