A man and woman have been jailed after brutally beating a man with a baseball bat in Uxbridge after he was lured into a trap by his attackers.

They were both found guilty of grievous bodily harm at the same court on Friday, 27 November 2020 following a four-week trial.

The trial heard that in the early hours of Sunday, 18 August 2019, a 33-year-old man was beaten multiple times with a baseball bat by White, having been lured to Dovedale Close, Harefield, in Uxbridge by Culhane.

White and Culhane were on a date on the night of the incident having not seen each other for many years, and had planned the attack against the victim who was in a relationship with Culhane at the time of the offence.

Leading up to the incident last year, phone records show Culhane called and sent messages to the victim to lure him to Dovedale Close where White then attacked him. Several deleted messages from the phone were recovered which further evidenced this.

CCTV played in court showed the victim park and exit his vehicle near White’s house. Whilst on the phone to Culhane, the victim began to walk up and down the street. As the victim was distracted on the phone, White took the opportunity to attack and beat him multiple times with a baseball bat leaving him unconscious in the street.

The victim was taken to hospital by the London Ambulance Service (LAS) in a critical condition. Due to the severity of the injuries sustained, the victim remains unable to recall what happened to him.

Detectives executed a warrant the following day at White’s address and arrested him. They found items of blood stained clothing that matched the images on the CCTV and witness statements taken of the time of the incident. Culhane was also arrested on the same day whilst attempting to visit the victim in hospital.

Detective Sergeant Jaspal Bains, from the West Area Basic Command Unit, said: “This was a horrible and senseless attack which initially left the victim critically injured. The propensity of violence shown by White meant it was vital we were able to track him down in case he harmed anyone else. I can only hope that the sentence handed down to White and Culhane aids this.

“I’d like to thank the public for coming forward with key information along with the initial support provided at the scene by LAS and officers from Hillingdon’s emergency response team. I would always encourage anyone to call police if they see someone else in trouble. Your actions could save a life.” 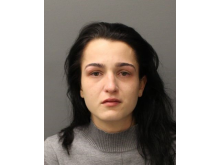