A man has been jailed for drug supply offences in Newham.

Georgis Kefeyalew, 45 (10.12.75) of Silvertown, E16 appeared at Snaresbrook Crown Court on Wednesday, 8 September where he was sentenced to nine years imprisonment for possession with intent to supply a Class B drug [cannabis], two counts of possession with intent to supply Class A drugs [heroin and crack cocaine], and possession of criminal property. The sentence was reduced to six years imprisonment due to the defendant’s guilty plea.

During the search a large quantity of Class A and Class B drugs were seized along with a quantity of cash.

The drugs were analysed and estimated to be valued in excess of £90,000 with an estimated street value of around £750,000.

Officers also found £39,000 in cash at the property, which was seized under the Proceeds of Crime Act. A successful application was made by police to retain the seized funds for use in future operations to target crime and anti-social behaviour.

The case against the defendant and the large seizures of drugs and criminal property were the result of a collaborative investigation by officers from the local CID, Drugs Focus team, Neighbourhoods Policing, Forensic Practitioners and Economic Crime officers.

Sergeant James Mason said: “This investigation has prevented a significant amount of drugs from being sold on the streets of London.

“In addition, the seizure of the cash and the drugs has dismantled what was clearly an organised and brazen drug supply operation and disrupted access to drugs for dealers on a local level.

“Police understand the misery that drugs can bring to local people and the negative affect that it has on neighbourhoods. The sentence handed down clearly demonstrates how seriously drug supply is taken and also the positive impact of local communities working with their police service to remove the stain of drugs from the areas where they live, work and raise their families.”

Do you have information about somewhere you think is being used to deal or create drugs? If you have information that could help keep your community safe, but don’t want to speak to police, please contact the independent charity Crimestoppers on 0800 555 111. They do not ask your name and cannot trace your call or I.P address. 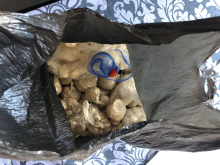 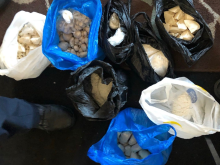 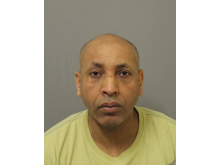 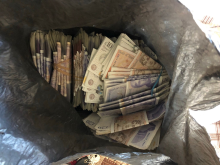