A man has been jailed for drugging and raping a woman he had met through an online app.

The court heard how Reid had contacted the woman, aged in her 20s, via a social media app using an alias. They had agreed to meet at her flat in Paddington in the early hours of 30 June 2020.

Reid arrived and brought with him a bottle of alcohol and a bottle of soft drink. During their time together, Reid mixed drinks and gave them to the woman. After a while she began to feel unwell and Reid raped her before she passed out.

When she awoke in the morning, Reid was gone. She also realised a quantity of cash had been stolen from her flat.

Following forensic phone work, officers managed to identify Reid and arrested him on 2 July. Officers searched his flat and car and found a small bottle of clear liquid along with the drinks bottles he had taken to the flat. Analysis revealed the clear liquid was GHB and traces of this were also found in the bottle.

Reid was charged but denied the offences; however, due to the weight of evidence against him, a jury took just 40 minutes to convict him on 14 December 2020.

Detective Constable Pat Tully from the Central West Safeguarding Team based at Westminster said: “Adrian Reid is a sexual predator and I am pleased that he will now face a significant period of time in jail.

“I hope the woman Reid attacked can take some solace in the fact he has been convicted – her bravery in coming forward has ensured a dangerous man is now behind bars.

“It is clear that this was not an opportunistic crime; Reid had clearly gone to some lengths in planning and then carrying out his attack.

“This leads me to believe that this may not have been his only offence and I would appeal to anyone who may have encountered Reid and been attacked by him to come forward and speak to police.

“Specially trained officers are available to support and help you, and our dedicated team will ensure any allegations are investigated sensitively and thoroughly.” 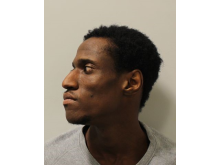