A man has been jailed after officers stopped the mini-cab he was travelling in and found a loaded firearm and more than 120 wraps of Class A drugs concealed in his underwear.

Sahedul Haque, 20 (15.02.00), of Hounslow, was sentenced at Isleworth Crown Court on Monday, 12 October to six years in prison and has also been ordered to serve a three-year extended licence.

At about 17:00hrs on Sunday, 23 February, officers on patrol in a marked police vehicle on the A4 Great West Road in Hounslow, indicated for a mini-cab to stop.

The mini-cab pulled into a layby, but before it had fully stopped Haque, who was a passenger in the vehicle, jumped out and began to run. However, he did not get very far as an officer managed to jump out of the police vehicle and grab hold of him.

Officers searched Haque and found a firearm wrapped in a towel concealed in his underwear. Two mobile phones and £780 in cash were also found in his pockets.

He was arrested on suspicion of possession of a firearm and was taken to a north London police station where a strip search was completed.

During the search, officers removed bags of white and brown wraps from his underwear. These were confirmed to be 104 packets of crack cocaine and 18 packets of heroin.

His mobile phone also contained messages that supported the inference of an intention to supply drugs. He was further arrested on suspicion of possession of a Class A drug with intent to supply.

The firearm was sent off for testing and was confirmed to be a revolver with one live round in the cylinder.

Haque was sentenced to three years in custody in a young offender’s institution in November 2017 for possession of a firearm and as such was prohibited for life from possessing a firearm, meaning he was in breach of his licence.

Haque answered no comment to all questions put to him during his police interview. He was charged on Monday, 24 February.

Detective Constable Pearce, the investigating officer, said: “This routine traffic stop led to the recovery of 122 wraps of Class A drugs and a loaded firearm, which could have been used to seriously injure or even kill someone.

“Bearing down on violent crime continues to be the Met’s top priority. Drugs and organised crime are inextricably linked with a high proportion of the violence that we have seen unfold on London’s streets. The seizure of not only drugs but a loaded firearm in this case further highlights that clear link.

“We will continue to deal robustly, as we have done here, with those who seek to peddle drugs, often instigating violent acts in the process.” 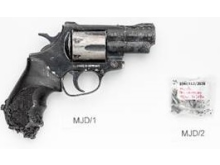 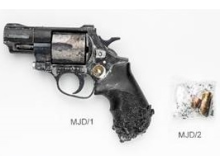