A man who concealed three loaded handguns and drugs with an estimated street value of £1million has been jailed.

On 23 January 2020 at 19:15hrs, detectives from the Met’s Specialist Crime Command were carrying out surveillance in the Brent area when they had reason to stop a vehicle being driven by Ali Serroukh, a known gang member.

The vehicle, a BMW, was searched and a concealed hide - which was located within the vehicle - was found to contain 6kg of cocaine.

Simultaneously, a drugs warrant was executed at an address on Keyes Road in Brent, an address linked to Serroukh. Inside the property officers recovered a further 4kg of cocaine, a large quantity of cannabis, cash, body armour, several zombie knives and drug mixing equipment.

The combined total of cocaine seized had an estimated street value of £1,000,000.

During the search of a second vehicle linked to Serroukh, a VW Tiguan, which was also parked outside the premises on Keyes Road, officers recovered a loaded handgun.

A few days later, on 28 January 2020, officers again attended Keyes Road and removed a third vehicle linked to Serroukh. The vehicle, a BMW, was searched and two further handguns were seized.

Detective Inspector Jim Casey, from the Specialist Crime Command, said: “Protecting the communities of London from serious violence remains a top priority for the Met. Removing these drugs, firearms and individual from the streets has undoubtedly saved lives and the Specialist Crime Command continues to be committed to seeking out those involved and bringing offenders to justice.

“Working together with communities is vital in tackling violent crime and I urge anyone with information to contact the police or call Crimestoppers anonymously on 0800 555 111.” 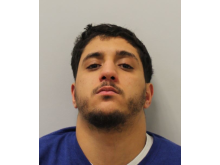 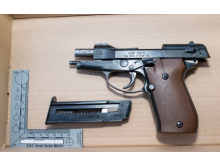 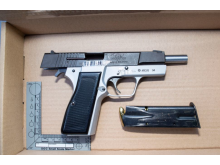 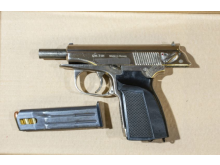 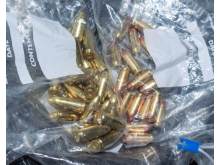 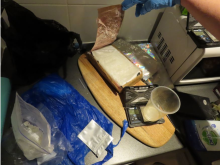