A man has been convicted after he was found in possession of both Class A and Class B drugs - as well as a large knife - by officers from the Violent Crime Taskforce (VCTF) in Harrow.

On Tuesday, 29 June, Liban pleaded guilty to the above charges and was sentenced to 14 months in prison.

The court heard that VCTF officers were conducting proactive patrols on the evening of 7 August 2020 when they noticed Liban and another man sitting in a parked car on Learner Drive at around 19:30hrs.

The officers approached and carried out a search of the car, which belonged to Liban, where they found a quantity of snap bags containing Class A and Class B drugs, as well as a bulk of herbal cannabis and drugs paraphernalia, including a digital weighing scale and mobile phones.

They also discovered a large Rambo-style combat knife and a mask.

Both men were arrested and taken into custody. Liban was remanded.

The second man was also charged; the case against him was dismissed at court.

PC Ian Croxford, of the Violent Crime Taskforce, said: "This was a fantastic stop and search by VCTF officers who spotted a suspicious vehicle and then carried out a thorough search to recover drugs, a seriously dangerous weapon and a face mask.

"A life may well have been saved thanks to the officers who trusted their instincts enough to know that they needed to investigate. The presence of the mask was particularly concerning, what offences could have been committed had officers not acted?

"Drugs blight communities, ruin lives, and are inextricably linked to a high proportion of the violence committed in London. Those who deal in the exploitation and misery of others can expect to find us catching up with them and placing them before the courts."

+ Hard calls save lives. Are you close to someone on the fringes of knife crime? Do the right thing, please give information 100 per cent anonymously through the independent charity Crimestoppers. It can feel like a hard call, but it could save the life of someone you love. 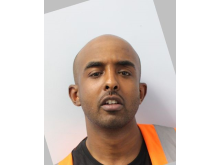 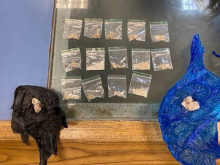 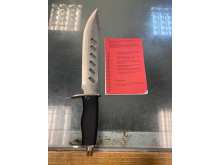 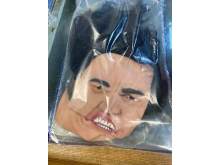