A man has been sentenced for operating a cannabis farm at an address in Barking.

Dritan Muja, 27 [20.3.93], of no fixed address, appeared at Snaresbrook Crown Court on Thursday, 11 February where he was sentenced as follows:

In the early hours of 22 November 2020, Safer Neighbourhood officers from the East Area Basic Command Unit conducted a drugs warrant at a residential address in Dereham Road, Barking, IG11.

Having forced entry to the property, officers found cannabis plants in various stages of growing and drying throughout the house, including in the loft space.

As police entered, Muja made his escape through the back of the property.

He was quickly located and detained by officers assisted by a drugs dog.

He was arrested on suspicion of production of cannabis and was remanded in custody where he was further arrested for abstracting electricity.

At Barkingside Magistrates' Court on 23 November 2020, he pleaded guilty to both offences and was remanded in custody for sentencing.

Inspector Mel Baker, of East Area Safer Neighbourhoods Team said: “The sale and use of drugs seriously damages the quality of life for residents and businesses, and in the case of cannabis factories, brings significant fire risks to surrounding properties.

“The sentence handed down by the court in this case is a cautionary tale for anyone who thinks they can endanger residents and fuel the drug trade without paying the price with their freedom.” 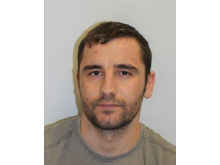