A man who had been wanted for drugs and knife offences has been jailed following an investigation by the Violent Crime Taskforce.

Tereece Ellis, 23, (31.10.97) appeared at Harrow Crown Court on Thursday, 18 February, where he was sentenced to one year and eight months’ imprisonment for possession of a knife, possession with intent to supply class B drugs, possession of criminal property, and failure to appear at court.

The court also ordered a forfeiture of £3,100 which had been recovered from his address during his arrest.

The court heard how Ellis had been wanted by police in relation to a drugs possession offence from November 2020, and was also wanted for a separate knife offence where his DNA was linked to a discarded knife from a stop and search encounter in September 2020.

In response to this, officers from the Met’s Violent Crime Taskforce launched an investigation, named Operation Revati, to track Ellis down.

On Thursday, 3 December 2020, officers carried out a drugs warrant at an address in Willesden where a quantity of cannabis, drug paraphernalia, £3,390 in cash and two large combat knives were seized.

Ellis was arrested at the address and charged on Friday, 4 December 2020.

Police Sergeant Purvak Vora, of the Violent Crime Taskforce, said: “This operation highlights our dedication to relentlessly pursue high harm offenders and bring them to justice.

“it also demonstrates that violence and drugs go hand in hand, which is why investigations into those intent on supplying drugs are so important in our continued efforts to drive down violent crime.

“If you have any information about who is dealing drugs or carrying weapons in your area I urge you to either contact us or Crimestoppers so that we can work on your information – no detail is too small.”

Community intelligence can be used to great effect to not only detect, but also prevent crime and keep London safe.

If you don’t want to speak to the police, contact Crimestoppers on 0800 555 111. They are a totally independent charity and you will remain 100% anonymous - they never ask your name and they cannot trace your call, your IP address or the device you use. Alternatively, visit their website https://crimestoppers-uk.org/. 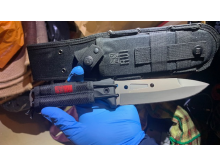 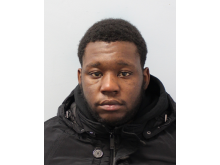