A man was jailed for seven years at Inner London Crown Court after a loaded handgun was seized by officers executing a firearms warrant.

On Wednesday, 29 January 2020 officers from Viper, part of the Met’s Specialist Crime, executed a warrant issued under Section 46 Firearms Act 1968, at a bedsit in Stanthorpe Road, Streatham.

Paynter was found inside and was arrested.

A quantity of heroin and cocaine was seized, as well as several phones. Car keys were also found inside the bedsit which were linked to a car parked nearby. Officers searched the car and found a loaded handgun underneath the driver’s seat.

Investigations later revealed the handgun was a copy of a .32 calibre Belgian FN Browning model 1922 self-loading pistol and was in working order.

Detective Inspector Richard Mullan, from the Met’s Viper team, said: “This case demonstrates the intrinsic link between drug supply and serious violence. The gun was stored in a position where it would have been instantly accessible to the driver of the car and was ready to fire.

“Viper was launched by the Met in May 2016 against a backdrop of increasing gun crime, including firearm discharges across London. We develop and action firearms intelligence to recover firearms and disrupt offenders.

“To date we have recovered 415 firearms, 238 of which are lethal barrelled weapons, from search warrants and other activities. We will continue to relentlessly pursue those intent on possessing dangerous weapons and causing harm in our communities. I would urge anyone with information about someone who may be carrying a weapon to contact police immediately whether in person or anonymously.”

Paynter was also sentenced to 12 months (to run concurrently) for possession of cannabis with intent to supply for a separate incident on 29 January 2019. On this occasion officers executed a warrant at an address in Croydon. 2.23kg of skunk cannabis was seized from the address and a BMW parked outside. A mobile phone with text messages indicating drug supply was also seized. 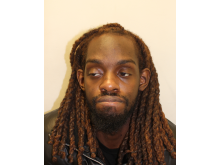